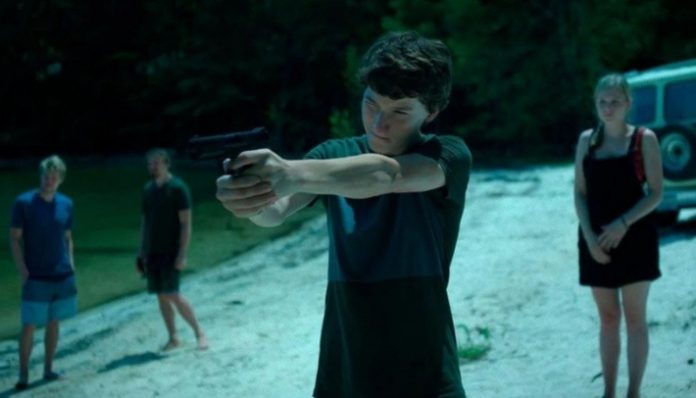 On the one hand, we must remember that something important that happened in Ozark season 3, was the death of Wendy Byrde’s brother, Ben. As fans recall, Ben had discovered the truth about his family and was threatening to expose his entire operation, putting his life in danger.

Although Wendy repeatedly tried to save him, she was unable to do anything else after he crossed the line with Helen Pierce, who later ordered Ben’s murder. His death affected many characters, but Jonah was arguably the most affected, especially since they had been so close.

He even attempted revenge on Helen by killing her, only to discover that her parents had helped facilitate her murder. In one of the final scenes of the third season of Ozark, Jonah (Skylar Gaertner) broke and fired a gun through the window of a house.

At the same time, his parents were on their way to meet Navarro along with Helen. So Helen (Janet McTeer) had been trying to exclude them from the operation due to their handling of certain business deals. But in the end, Navarro chose the Byrdes over her.

On the other hand, Ozark was approved for season 4 in June 2020, likewise the fourth season will contain 14 episodes and will be divided into two parts. Later that year, Jason Bateman (Marty Byrde) confessed that production would begin on November 9, 2020.

“Everything is progressing well towards that, and we are very sure of the guidelines and protocols that we are going to follow. We have tons of consultants, we are learning a lot from other productions ”, explained the actor.

In terms of plot details, it looks like the Byrdes will face off against Snell’s rival family, who now have Ruth Langmore (Julia Garner) on her team. Also upset with the Byrdes for her role in Ben’s death, Ruth ended her business relationship in Ozark season 3 and went to work for Darlene Snell.

“Marty and the Byrdes took over Ruth’s intuition and she stopped hearing that, so in season 3, she made the mistake of not listening to her instinct and doing all of this for the Byrdes,” he explained. Garner.

During the week of January 31, Skylar Gaertner posted Instagram photos with fellow cast member Julia Garner in honor of her 27th birthday. Both were dressed in the equipment of their Ozark characters with masks in accordance with coronavirus (COVID-19) protocols.

It is unknown if they were filming a scene together or if they were just together to celebrate the actress’s birthday, but there is a great theory that Jonah and Ruth could team up in Ozark season 4.

Tomorrow belongs to us: Hector Langevin in his relationship