Home Entertainment A hilarious Minecraft clip shows a player interrupting a conversation with a... 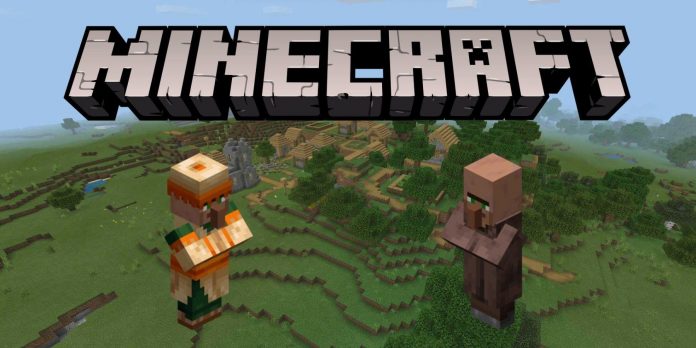 Like others who have played Minecraft, one player found himself in a strange situation with a couple of villagers in a recent clip. These passive mobs inhabiting villages are best known for their ability to exchange items with players, but can also interact with other villagers. With the help of strange sounds and looks, villagers in Minecraft can exchange information and trade among themselves.

Minecraft has had villagers since 2012, and since then these passive mobs have given players the opportunity to exchange items, as well as populate their own urban creations with them. Placing certain work blocks can change the profession and appearance of these residents, as well as change what players can get from them through trading.

This video posted by user u/Lachie_mat3281 shows the player wandering around a typical village in the Plains biome in Minecraft. There are a couple of peasants nearby who seem to be talking. The player approaches the pair in the same way as the peasant fisherman leaves the farmer. This crowd only goes a short distance, and then turns on the spot and marches straight to the farmer. After briefly meeting eyes, both villagers slowly turn to face the player, as if asking u/Lachie_mat3281 to mind their own business. Although this is only a 14-second video, it perfectly shows how individual these villagers are in the game.

I think I interrupted something from minecraft

Despite the fact that mobs in Minecraft seem simple, in fact, villagers have complex behaviors and behaviors. This includes communication (periods of time when villagers look at each other) and gossip (moments when villagers share memories of players). The latter of them affects how the village as a whole treats the player, and can increase or decrease the price of goods. This funny scene is probably an example of one of these moments between villagers.

Villages add much-needed life to the Minecraft world, especially for those players who spend most of their time in private worlds. Although it’s not ideal, the villagers have their own schedules and interests, and they are a great addition for those who want their own city to seem more alive.

On the other hand, villagers can be a bit tough and annoying. These passive mobs often stare at players, get infected by zombies, or are killed by other mobs. For those who are looking for perfection, the villagers do not meet the requirements. In any case, however, this player demonstrates how strange and funny these mobs can be.