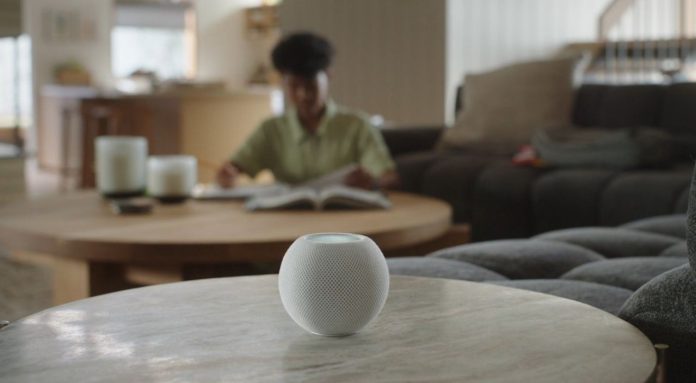 The presence of the sensor has been verified by iFixit

As you know, Apple releases major HomePod software updates annually, usually in the fall. In this context, it is currently unclear whether or when Apple will turn on the temperature sensor. However, the sensor’s presence on already sold ‌HomePod Mini‌ units means it is only a matter of time. In addition, it should be noted that an Apple spokesperson declined to comment on the issue.

The presence of the sensor was also confirmed by iFixit following an investigation by Bloomberg. According to the information revealed, the sensor is 1.5 x 1.5 mm in size. The component is recessed on the lower edge of the “HomePod Mini” plastic case and next to the power cord.

The sensor was made by Texas Instruments, named “HDC2010 Humidity and Temperature Digital Sensor”, according to TechInsights, which analyzes the components inside electronics. The part is placed relatively far from the main internal components of the device. In other words, it is stated that the sensor is designed to measure the external environment rather than the temperature of other electronic devices.

This is not the first time Apple has added an inactive ingredient to a product and activated it via software at a later date. As Bloomberg points out, iPod Touch had a Bluetooth chip in 2008. However, support for Bluetooth connectivity was enabled through software the following year.

If Apple decides to enable the sensor in its “HomePod Mini”, it is thought that it could pave the way for a more integrated smart home strategy for HomeKit, which controls thermostats, lights, locks, sockets and other devices in the house.

What do you think about the sensor secretly placed on HomePod Min by Apple? When do you think the company makes this sensor available? You can share your ideas with us in the comments.