Home Entertainment A growing number of celebrities have responded to Will Smith’s apology video... 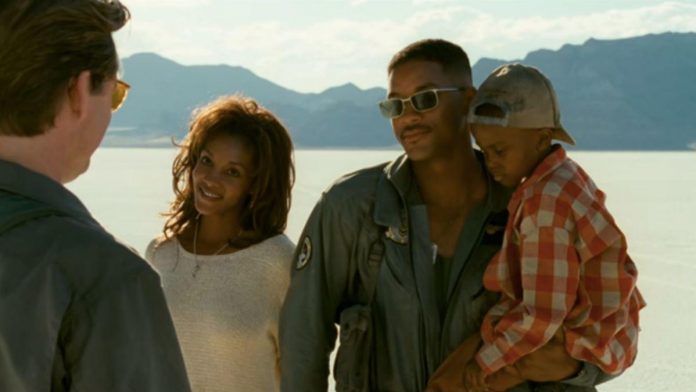 Despite the fact that the Oscar ceremony took place back in March, the consequences of the annual ceremony continue. This happened thanks to the discourse surrounding how Will Smith hit comedian Chris Rock live on national television shortly before receiving the award for Best Actor. More and more celebrities have responded to Smith’s video with apologies, including Vivica A. Fox, who has criticized the Smiths in the past.

After Will Smith slapped Chris Rock on television, many people weighed in on the incident and how much blame should be placed on both the actor and the organizers of the event. Smith’s colleague in the film “Independence Day” Vivica A. Fox previously condemned his actions, but now adheres to a somewhat softer approach. As she told People, appearing at the premiere of the film “The Big Wolf Pack: A Call to Adventure”,

I think they’re just going through a healing period right now. Look, I love Will Smith. He’s one of my favorite people on the planet. We all make mistakes. If there’s one person who deserves a second chance, it’s him. I think he took full responsibility for his actions and apologized. I just hope that we can all move on from the incident and understand that it should never happen again, especially on a stage of this magnitude.

Although Vivica A. Fox admitted that she has not spoken to Jada Pinkett Smith since she told about the “Slap in the Face,” she seems to think that the family is in a state of healing. No doubt it’s been a difficult few months, but Will Smith’s latest video apology may help the actor get back into professional life. We’ll just have to wait and see how it all shakes out.

Vivica A. Fox’s comments to People are just the latest example of someone weighing in on the situation with Will Smith and Chris Rock since the recent Oscar winner posted an apology video. Oscar host Regina Hall also shared her thoughts, and she was one of those present in the room during the incident that went viral. And since Smith has just started appearing in public and actively using social media, smart money says that this discourse will continue for the foreseeable future.

For those who are not familiar with this story, Vivica A. Fox, as you know, weighed in on the role of Will Smith and Jada Pinkett Smith in The Oscar Slap when she was a guest host on the Wendy Williams Show back in June. Her quotes quickly went viral, starting with the words:

When I saw this video yesterday, I burst into tears. I’ll be very honest with you guys. We were all rooting for Will Smith that night. We wanted him to win. As far as I know, Will Smith was going to be the Sidney Poitier of this generation that night, which is a huge honor. I wanted to be a good partner, there was no responsibility… let’s not forget that Chris Rock was attacked… for, in fact, telling a joke that I thought was not so bad.

Vivica A. Fox shared her thoughts on a very public forum, as the Wendy Williams Show was extremely popular, even when its last season lacked the titular host. And although her recent comments are a little softer, this was not the original message. Later in her same appearance as a guest host, she explained her feelings, in particular, for Jada Pinkett Smith, saying:

I love the Smiths. I know their children, I’ve seen them grow up… I just wish we had a little more responsibility and that it didn’t look so smug on Jada’s part. And that’s my feeling.

After all, Will Smith’s slap to Chris Rock seems to have many consequences for the actor and his family. As a result, Will and Jada’s Q scores suffered, and a number of his projects were suspended. But maybe that can change now that a longer apology has been given. Despite this, he was banned from the Oscar for ten years, and he dropped out of the Academy. In the meantime, check out the movie’s release dates in 2022 to plan your next movie.

Tesla Model 3 Is Saved From Pileup by Automatic Braking