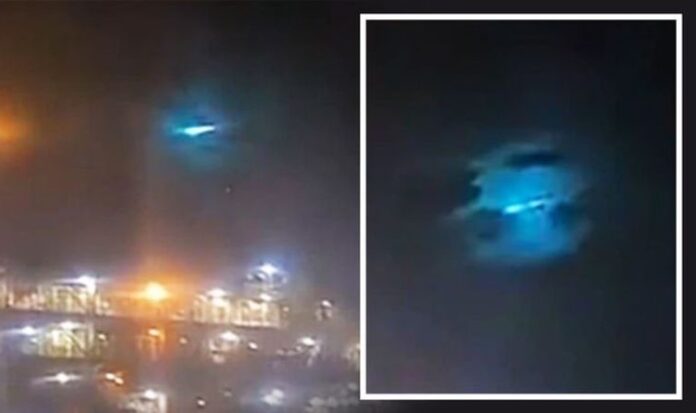 An meteorite that entered the atmosphere in the Pilbara region of Australia last night made the local people uneasy. The unusually green glow of the meteorite, whose speed is between 16 and 50 kilometers per second, caused a small-scale ‘alien’ panic in the local population. Authorities say the magnesium in the meteor burns, causing a green glow.

One of the events that attracted the attention of humanity in every period was meteor drops. Although the introduction of various sizes of meteorites into the atmosphere often does not cause any problems, serious damages can also occur due to the meteorites falling to the earth from time to time.

People who continued their usual lives in the Pilbara region of Australia experienced a small surprise with a meteor that entered the atmosphere last night. This event, which illuminates the dark night, was recorded by many people by the camera. The green color of the sky suddenly fascinated those who were interested in sky events.

The meteor that turns the night into green color

The meteor, which scared the inhabitants of the Pilbara region, caused a green glow after entering the atmosphere. Some people who were a little bit excited got nervous considering the aliens were coming. However, experts said that the green glow in the meteorite is due to magnesium. After the statements made, life in the region regained its former calm.

According to the first determinations, the meteor in question was not large enough to damage our planet. The meteor, which started to burn shortly after entering the atmosphere, disappeared before it fell to Earth. Officials stated that the speed of the green light meteorite is between 16 and 50 kilometers per second. The event, which occupied the Australian social media for a while, was described as “fascinating” by people.

Video recorded during the burning of the meteorite in the atmosphere

When will the coronavirus vaccine be available?

Perseverance captured the sunset on Mars!