Home Entertainment A great marketing opportunity was missed among us at Gamescom Opening Night... 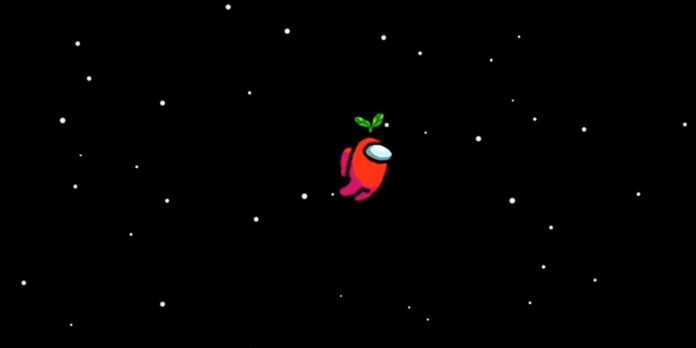 Among us is one of the few games that flourished at the height of the coronavirus pandemic. As many people around the world stayed in their homes and sought to spend time together, the indie game turned from a small player base into a global phenomenon in a matter of months. However, Innersloth spoke about how “Among Us” was abandoned before it went viral, stating that it struggled a bit for the first few years. In part, this was probably due to how difficult it is for indie games to attract the attention of consumers.

Marketing is an essential component of the chances of success of any game. Without it, the product will not be able to reach its target audience, which means it will not be sold and will not pay off the money spent on its creation. That’s why gaming conferences are extremely important for gaming companies as well as for the players who watch them. In the case of a live service game like Among Us, marketing is even more important, as a good commercial or trailer at events like E3 can change the number of simultaneous players on any given day.

During the Gamescom Opening Night Live presentation, one of the quietest moments of the presentation was a message from ESA astronaut Samantha Cristoforetti from the International Space Station. She takes the time to thank the gaming industry for all the space science fiction games that are currently in development. She credits these games for building players’ curiosity about space, which will eventually lead to more astronauts seeking to find out what’s beyond planet Earth.

During Samantha’s message, she states, “Who knows? Maybe even you will be among us on a journey [to other planets],” which may even have accidentally caused the audience to laugh a little. One of the side effects of the fact that “Among Us” has become incredibly popular in such a short period of time is that because people are talking about it, the very name of the game has become a joke. There are many memes and videos in which people play sound effects related to the game, or giggle after the phrase “among us”. However, despite this, the game following it was not related to the party game at all, which could be a giant missed opportunity for the Innerslot.

Previous presentations “Among Us”

Video game demonstrations are no stranger among us. The title has previously been part of many world premiere announcements at The Game Awards, and it even won the “Best Mobile Game” and “Best Multiplayer Game” awards at the same event in 2020. While this helps prove that the game has its place in conferences, its association with the Game Awards also helps to understand how “Among Us” will fit right into Gamescom’s opening night, since both events are hosted by the same staff. Looking back, the lack of play seems even greater.

On top of that, Innerslot also had nothing to show at this event, as “Among Us” announced and released a new update just two days after the opening of Gamescom Opening Night Live. In this update, new food cosmetic items for crew members have been added, as well as a completely new kind of in-game store, which makes it more accessible and understandable. While it might not be something as grand as a new map or roles, it could at least justify taking over the ESA broadcast to use its own comic potential to possibly create what could be one of Gamescom’s climactic moments.

It’s not every day an astronaut in space decides to send a message to a gaming conference or press conference, so there’s a good chance Innersloth missed the only opportunity to make such an incredible publicity stunt. The developer “Among Us” is still a small independent studio, so the opportunities to get funding for something of this scale for its marketing are incredibly small.

Fortunately, there are ways developers could do something similar in the future, though perhaps on a smaller scale. While capturing an ESA broadcast would be great, just taking over a gaming conference due to someone mentioning “among us”, or maybe something about finding an “impostor” would be fun in itself. It may not be through a real space astronaut, but the collapse of one of Jeff Cayley’s many presentations with new content for “Among Us” could be a great trick that Innersloth should use to its advantage in the future.

The game “Among Us” is available on PC, PS4, PS5, Switch, Xbox One, Xbox Series X/S and mobile devices.

Some Errors We Didn’t See While Watching The Squid Game

Superman’s marriage was saved thanks to one of his villains