Home Entertainment A Genshin Impact fan points out an impressive chess detail in a... 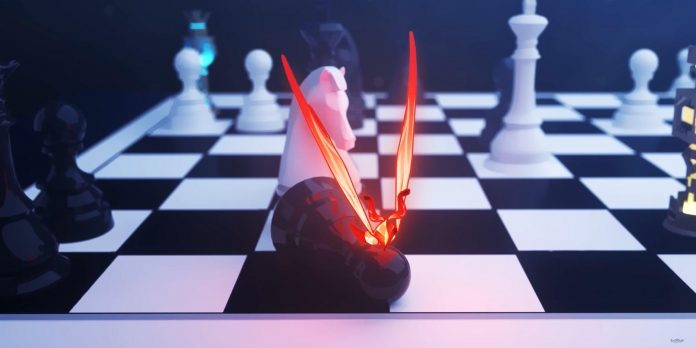 Genshin Impact recently released an interesting video revealing the appearance of all Eleven Harbingers of Fatui. These are legendary warriors with supernatural abilities bestowed by their leader, the Cryoarchon Queen.
The video quickly became a fan favorite as it finally revealed the faces behind the infamous Fatoui organization. Genshin Impact teaser videos are always filled with numerous Easter eggs and symbols.
RELATED: Genshin Impact Reveals Two New Triple Elementary Dendro Reactions
Reddit user GInDice pointed out an interesting detail about the chess game presented in the video. At the beginning of the Genshin Impact video, Pierrot is playing chess, and according to GInDice, the pieces on the board are lined up almost the same as in the legendary 1996 game between Gary Kasparov and Deep Blue, who was the first chess expert. a system that managed to beat the world chess champion with the usual time control. The only difference between the two chess games is that the queen and king pieces seem to be swapped.
[Thanks u/GinDIce] The chess match in the teaser is the same as in the Kasparov vs Deep Blue match (1996, game 1), in which for the first time the world champion loses to a chess computer. from Genshin_Impact
Numerous fans claim that the pieces do not change places and that Pierrot is about to lose at chess, however, after the last move was made, he declares that “on this chessboard, checkmate is not the end of the game,” which may mean that they can play by different rules. There are many fan theories about why HoYoverse decided to switch places. It could also mean that Black is deliberately letting White think they are winning, but they know that kings are just a distraction and queens are the real target.
Most Genshin Impact fans claim that they were caught off guard by the release of this teaser, especially since the emergence of a new major region is just around the corner. The teaser became the most popular video on the official Genshin Impact channel on YouTube, which was not a surprise, since most fans were impressed by the unique character design, as well as the mystique surrounding the video.
Another reason there’s so much hype surrounding the unveiling of The Harbinger is probably that most of the characters featured in the video will become playable at some point. At the moment, only one of them, Tartaglia, is part of a limited list of characters. However, recent leaks from Genshin Impact hint that another Harbinger named Scaramouche, who is missing from the video, may receive his first banner in the coming months.
Genshin Impact is now available on mobile devices, PC, PS4 and PS5. The Switch version is under development, the release date has not been confirmed.