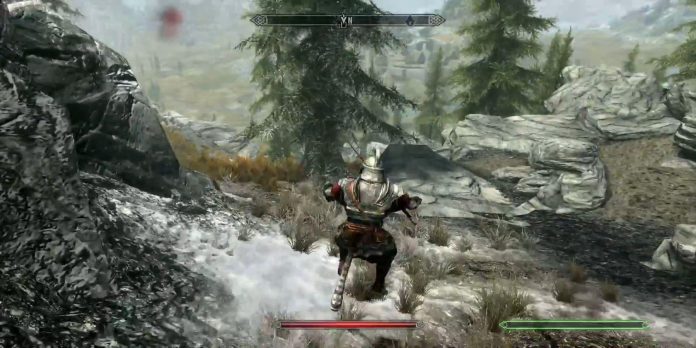 Elder Scrolls 5: Skyrim has players from different generations, as evidenced by a Reddit post in which grandparents play an action RPG. It’s been more than ten years since Skyrim came out, and it still remains one of the most popular games. In addition, Skyrim is liked by the modder community, which regularly releases interesting mods that may make the game even better. “Skyrim”, “Nemesis”, “Shadow of Mordor”.

In addition, its interactive open world and exciting storyline attract gamers from different backgrounds and backgrounds. The Skyrim community is huge, and there are people in it who play it on seventh-generation consoles such as PS3 and ninth-generation PCs and the latest consoles such as Xbox and C-series games and PS5. Meanwhile, as a Reddit user with EbenIsDaBomb found out, the Bethesda game is not liked by older gamers either.

EbenIsDaBomb uploaded a video to Reddit, 30,000 votes. The video shows a person playing Skyrim on a computer, and continues to show someone else playing it on a flat-screen TV. The caption to the post shows that these two are Ebenisdabomb’s grandparents, who are ardent fans of Elder Scrolls 5: Skyrim. The user apparently stopped by his grandparents’ house and was amazed to see that they were both playing Skyrim, and that too at the same time.

Today I went to my grandparents, and they both played Skyrim at the same time. from skyrim

People left hundreds of encouraging comments and suggested a fantastic mod that would allow them both to play together. Reddit user Uzis1 noted that the author of the original poster should try Skyrim Together Mod, which allows people to play in cooperative mode with their friends. EbenIsDaBomb mentioned that they intend to use the mod, but they can’t yet, because grandma plays Skyrim on Xbox and in Series X. The user also clarified that they plan to give her a gaming PC so that she can play co-op with her husband.

Children of whales: is the purpose of the Suou an ideal...

How Olivia Wilde and Jason Sudeikis Supposedly Cope with Co-Parenting During...