Home Entertainment A gamer shows off an amazing Mug Inspired by Fishing in Red... 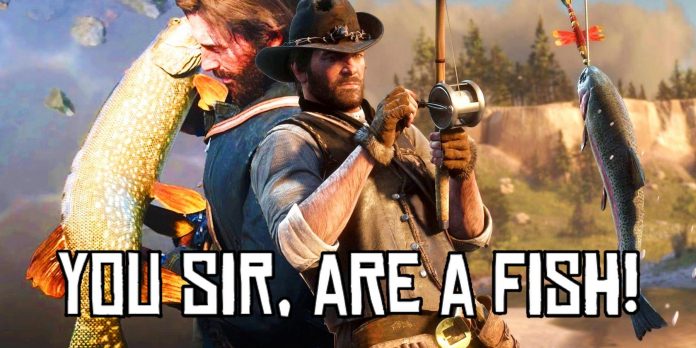 Many gamers will agree that Red Dead Redemption 2 should be one of the most content-rich games released recently, as the title presents a huge open world filled with hundreds of quests, wildlife and collectibles. On top of that, players can arrange all sorts of riots on the aforementioned extensive map, whether it’s a bloody bounty hunt, robberies with firearms or a real massacre with rival criminals. However, as this gamer will prove with his creative tribute to the fans of Red Dead Redemption 2, small relaxing activities, such as fishing, make the game special.

For the uninitiated: While many gamers choose the western because of its thrilling scenes and shootouts, most of the community still agrees that some of the quiet moments, such as hunting and fishing in Red Dead Redemption 2, are just as fun. However, despite the fact that fishing as a gameplay feature exists in many adventure games, it is usually used for hard work and collecting collectibles or achievements. Fortunately, fishing in Red Dead Redemption 2 offers a more complex and confusing experience, which is further enhanced by the way the protagonist Arthur Morgan interacts with the fish he catches.

This is just one of the many details found in Red Dead Redemption 2. Players will find that Arthur Morgan sometimes comments on the type of fish he catches. Sometimes he will describe how big it is, how it looks and feels, or how rare it is in the water kingdom. Nevertheless, one of the most amusing observations that to this day continue to create memes and be mentioned in the community should be the comment: “You, sir, are a fish!”

To jokingly talk about how legendary this phrase is among the ever-growing fan base of Red Dead Redemption 2, one gamer received a special mug from his girlfriend, on which the cult quote is proclaimed in huge letters. The ceramic mug, brilliantly handmade on the Etsy website intended for consumers, is painted in a dazzling dark brown color, and the inscription is enclosed in a square frame with scribbles. As for the finishing touches, the artist signed the passage with the name of Arthur Morgan, and also added a fish model, in addition to the quote, to add to the marine theme.

After user NoAim_NoProblem shared an image of his custom mug with Reddit, fans of Red Dead Redemption 2 quickly commented, praising the piece. Now that the post has gained more than 6,000 votes, it becomes clear that this artistic tribute to the game should become one of the most popular fan tributes to Red Dead Redemption 2 in recent times.