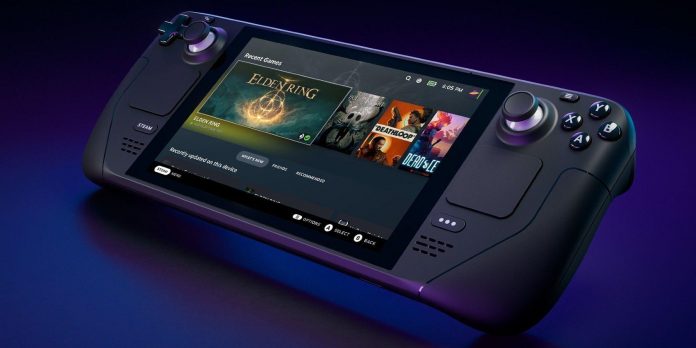 One gamer used the Steam Deck to create an impressive emulation of the Nintendo 3DS. Although the Steam Deck was released by Valve in early 2022 as a portable gaming PC with access to the Steam library, it can also be used to emulate other consoles.

While this isn’t the first time a gamer has posted about video game emulation on Reddit, this recent build made by rising_tony stands out. In a 35-second video posted on the platform, a Reddit user demonstrated his portable 3DS emulation using Steam Deck. The video began with a gamer playing what looked like The Legend of Zelda: Ocarina of Time 3D. Impressively, the clip showed that they managed to attach a second screen to the top of the Steam Deck, creating a more authentic 3DS experience.

During the video Rising_tony demonstrated some functionality of his 3DS emulator using Steam Deck. They showed that the Link can be controlled using the left analog joystick. In addition, the lower screen, which included a map and other game menus, reacted to touch controls, as in a real 3DS. This custom emulation developed by Rising_tony even included motion controls, as the video showed how they move the system, causing the image on the top screen to react accordingly.

Once again, now I offer you the best 3DS PORTABLE emulation! from SteamDeck

In addition to the video, Rising_tony spoke in detail about the process of creating an impressive 3DS emulator in the comments section of the post on Reddit. Some of the design highlights included using an eight-inch Samsung tablet as a second screen that connected to the back of the Steam Deck via a mount. In addition, they said they used SteamDeckGyroDSU to control. They also mentioned another Reddit user named piegoose, who created a similar build and inspired them to create their own 3DS emulator using Steam Deck.

Many gamers were intrigued by this emulation of the Nintendo 3DS, achieved thanks to Rising_tony, as the post has already gained more than 3 thousand votes. In the comments section, many gamers offered ideas for further improving the already impressive emulator, for example, they suggested other ways to connect the second screen. One gamer even suggested using stereoscopic 3D in Citra to add a 3D effect to the gameplay.

It will be interesting to see which fans of emulation will demonstrate the use of Valve’s laptop PC in the coming months. In addition, the company recently announced that the production of new Steam Deck devices is going better than expected. Hopefully this means that those who are still waiting for the system will get it soon.

The Secret of the Green Lantern’s Origin will Destroy Guy Gardner’s...