Home Entertainment A Game Of The Year Always Split Screen, Without Being Able To... 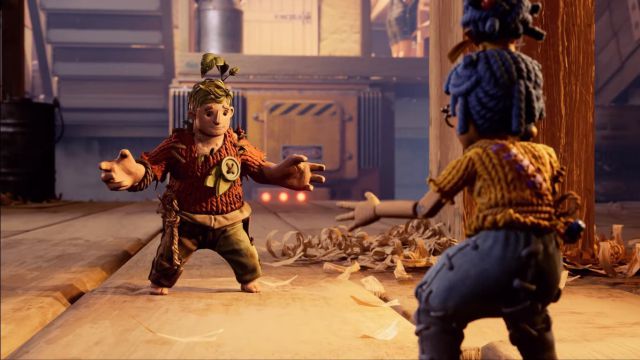 It Takes Two won at The Game Awards with a formula that evokes the purest essence of the video game: enjoying with friends. It Takes Two was a favorite at a very close Game Awards. It has not been the best year in the history of the video game, but there is no doubt that the nominees were great titles and that others that did not enter (from Forza to Halo, through Returnal, Tales of Arise or Guardians of the Galaxy) have also been powerful. Josef Fares’s game had options, among other things, because it is a great title. With a varied, interesting and very well planned design and mechanics. A GOTY that forces you to always play split screen and that cannot be tested alone. Not looking for matchmaking with anonymous people. A game designed by and to be enjoyed with acquaintances.

God forbid I want to do an Ana Iris Simón-style column in the El País tribune – with one of those every weekend is more than enough – but the truth is that there is something romantic about the triumph of It Takes Two. In the era of Battle Royale, open worlds, service games and multiplayer increasingly populated with (unknown) people, rewards and modalities, It Takes Two triumphed in the most mainstream gala of all those held . In one where there are more Hollywood guests than classic categories (platform games are put in the family games bag). Where Imagine Dragons sings, Keanu Reeves and even Simu Liu (Shang-Chi) appear.

Between the show, the pyrotechnics, the Hollywood guests and the greatest possible mainstream example, a split-screen game won. To share with your friend or partner.

Faced with this pyrotechnics, he wins a game of two parents who want to divorce and by art and magic of a book that speaks as if he were Antonio Banderas in Zorro, they have to rebuild their love while, among other things, they tear apart a lilac elephant, the your daughter’s favorite. The triumph of It Takes Two is one based on the most important thing that a game has (spoiler for the clueless: the gameplay), but it is also the victory of that which games have always contributed to us. Play in company. Share split screen experiences. Leave command for someone else to try. That is why it is a joy and not a criticism, that GOTY is always a split screen game and without being able to play alone or with strangers. Because it has something of well-understood nostalgia.

Some prizes from more to less

The gala distributed prizes and triumphs in a balanced way and, from my point of view, right. Forza Horizon 5, forgotten in the GOTY, won in all (3) what was nominated; the adventures showed that 2021 was his year with several awards such as the best of them in Metroid (jackpot and pride for a Spanish studio, Mercury Steam), best narrative in Guardians of the Galaxy and best indie and indie debut with Kena. Deathloop did not fail the appointment as best direction and art; Genshin Impact demonstrated the potential of mobile games, FFXIV put its finishing touch as the best community support, Returnal was a pleasant surprise and Tales of Arise demonstrated the enormous leap of the saga.

The Plot DLC for Xenoblade Chronicles 3 Could Be As Big...