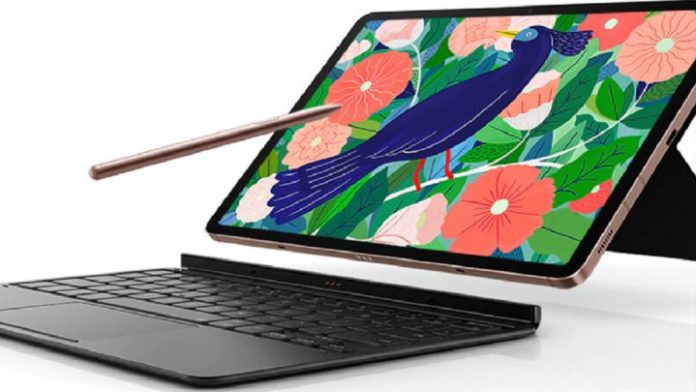 Tablets have played an important part in the working life of those who need a computer on a daily basis. The tandem made up of low weight and power is a more than interesting option to take work anywhere, especially if we take into account that they are devices compatible with SIM cards. In recent years Samsung has paid more and more attention to this segment and now wants to bet on a Lite version of its Galaxy Tab S7.

A Galaxy Tab S7 Lite on the way

In mid-2020 the Korean house presented a tablet with which it intended not only to compete against the iPad, but also with its Pro version. We are talking about the Galaxy Tab S7, an important device for the company due to the power it has and the new design that especially marked a before and after in its S7 + version. But of course, as with mobiles, tablets also need a booster or a Lite version.

And this is where there is news and that is that Samsung could be behind a shortened version of the Galaxy Tab S7. As Sammobile has in its lines, a new tablet of a somewhat reduced size and with somewhat lower characteristics than the one we saw in August could arrive soon. After all, it is a Lite version and that will show not only in the components, but also in the price. The interesting thing is that everything indicates that it will come in three variants: one of them will be the WiFi version, which will be the most affordable, and two LTE or with SIM card compatibility.

The reason for this decision is determined by a commitment to the future and is whether or not you want 5G. Therefore, we are talking about two versions with different processor, which also changes the price radically.

Another of the curiosities that the media comments is that we could see a more enhanced version (still) on the Galaxy Tab S7 Lite. Therefore, the family of tablets would have a division similar to that seen with the Galaxy S20 with up to four devices, which would leave the normal version as the intermediate of all and the Lite + as the standard. However, it will all be a matter of closely following Samsung’s movements and checking its plans for its 2021 family of tablets.

Free Fire, the most downloaded mobile game in 2020