Home Science A galaxy showing the size of the universe! 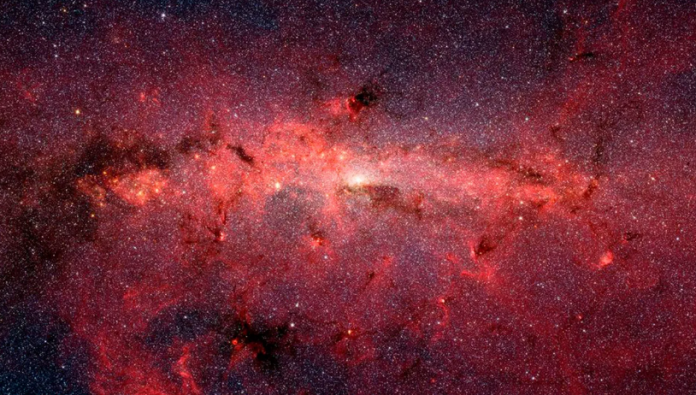 The universe, estimated to be about 92 billion light-years across, continues to expand. So how is this measured?

We’ve always wondered how big the universe is. The universe, estimated to be about 92 billion light-years across, continues to expand. We have no clear idea of the rate of expansion of the universe, which, as we know, is constantly expanding. Astronomers are conducting various studies to measure this expansion.

How is the size of the universe measured?

Astronomers use a method called the cosmic distance ladder to determine how far away objects are. In this method, various objects are used as steps on a ladder, observing the motion of pulsating stars called “Sefe variable” and a type of supernova called type 1a.

Each of these object classes is great for determining ever greater distances. But in order for the calculations to be accurate, they need to be calibrated. The brightness of the cepheids changes over time, and more importantly, the rate of brightness change correlates with their actual brightness. So when we see a twinkling star, we can find its true brightness and compare it with its apparent brightness to find out how far away it is.

For even more distant objects, type 1a supernovae can be used as a reference. Because these explosions always have about the same brightness. So we can compare the apparent brightness with the actual brightness to find out how far away it is. However, in order to accurately measure the distance, it is necessary to check whether the distances calculated from the cepheid variable are calibrated to distances based on supernovae.

This is where galaxies such as UGC 9391, which contain cepheid variable stars and have recently become the host of a type 1a supernova, come into play. This week’s image taken by the Hubble Space Telescope demonstrates this handy distance measuring tool in all its glory.

UGC 9391 helps astronomers improve distance estimates by providing a natural laboratory where they can compare two measurement methods (supernova explosions and the cepheid variable). Here’s how you can measure how fast the universe is expanding, with distance measurements appearing in a comparative way.

So, what do you think about the size of the universe? You can share your opinion with us in the comments section.

It was announced that some buildings in megacities annually cause the...