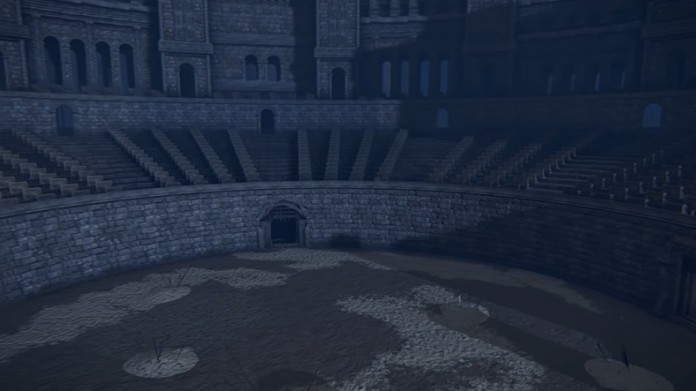 While Elden Ring continues to harass players with boss battles, it continues to maintain its popularity. A player from the community discovered an easter egg, hinting that PvP arenas might be coming to the game.

It seems that Elden Ring, which has been played by all publishers since its debut, has become a buzzword on all social media and has been appreciated by the vast majority of players, will continue to maintain its spot on the agenda.

A player from the community went to the far end of the Elden Ring map and entered a location where players were blocked from entering with a camera number and saw something that players probably shouldn’t see right now.

PvP fighting arena expansion pack may be coming to the game

In the video shared by the player on YouTube, there is a structure like the Colosseum at the end of the map. This has led people to think that there will be an expansion pack where players can fight each other competitively in game modes such as 1v1 and 2v2.

In fact, this Colosseum-like structure had been discovered by the players before, and entry ways were sought, but no results were found. When you talk to the warrior at the door of the structure, he says: “All I wanted was to fight like a warrior to the end. But why? O guide of grace, why does this door not open?

In fact, this is not the only building that players have discovered similar to this one in Limgrave, a building has been discovered in The Lands Between. When all this information was brought together, as we said, Elden Ring players entered into excitement and anticipation for a new arena mode to come to the game.

Will the arena mode really come to Elden Ring?

No DLC announcements or plans have been announced yet from Elden Ring developer FromSoftware, but it’s very likely in the future. All three Dark Souls games received additional content post-release, including PvP arenas.

You could only access PvP arenas by purchasing additional packs, so you can expect the same thing in Elden Ring. The first DLC of Dark Souls 3 came 6 months after its release, so we can predict a similar date for Elden Ring.

You can watch the video of the player exploring the arena area below.

What is Reddit Replace, how to draw? A big challenge on...