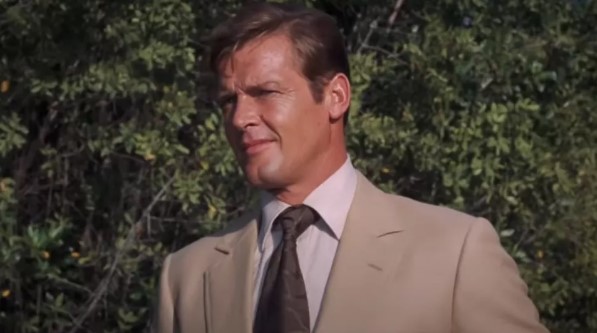 Sometimes the story depends on people who take the hint.

Watching James Bond movies in order is an experience akin to driving a time machine through the last 60 years of pop culture. This is reflected both in the cinematic quality and in the content of the 25,007 adventures, as well as in the musical themes that herald the release of each film.

That’s part of what makes the alternative history of Bond songs so interesting, especially with stories about artists like Frank Sinatra who almost got two Bond songs. Although in this case, history has taught us all a lesson that Paul McCartney’s song for Live and Let Die has almost never been performed.

It’s not that the song itself was not approved; on the contrary. In the Prime Video (opens in new tab) documentary “The Sound of Agent 007,” we learn that producers Albert R. Broccoli and Harry Saltzman actually requested Sir Paul’s songwriting talents by name. But, as it turned out from interviews with composer/producer Sir George Martin, as well as with McCartney himself, the process took several interesting turns. Here’s what the team said:

Sir George Martin, composer/producer: Broccoli and Saltzman discussed that they needed a good musical theme. One of the team members asked Paul McCartney if he would write a song.

Sir Paul McCartney, artist: I said, “OK, send me the book.” I think they didn’t have a script then. He sent me a book by Ian Fleming and I read it. I read it, thought it was pretty good, and wrote a song the same day. It was created jointly with George Martin. I’ve worked with George, which I haven’t done since the Beatles. George took his acetate, I think, to the Bahamas, where it was filmed. He took it to Harry Saltzman.

Martin: And I thought, “Well, he’ll examine me.” And at the end he said, “By the way, who do you think we should sing this song?” I said, “Well, you’ve got Paul McCartney,” [and he said] “Yeah. Yeah. What do you think of Thelma Houston?” I said: “I think she’s great, but Paul…” [Harry continued] “What about Aretha Franklin?” I said, “Fantastic.” explain to him as delicately as possible that if he doesn’t take Paul, he won’t get the song.”

To think that “Live and Let Die” could have made it into the history of alternative Bond themes, if not for the fact that the producer of Agent 007, Harry Saltzman, did not take the hint. “Live and Let Die” by Paul McCartney and Wings still remains a fantastic version that has gone down in history for a reason. However, having a black artist singing a song that ends up in a Harlem nightclub is kind of a requirement.

In a sense, Saltzman and the Bond franchise should get their pie and eat it, too. Paul McCartney and Wings were supposed to perform the main title version of the signature track Live and Let Die, but another version was also included in the soundtrack to the film. Considering that it might have been awkward to perform this song at the Harlem nightclub Filet o’SOUL, another version was performed by recording artist B.J. Arnau in the film, which you can listen to below:

The first entry in Roger Moore’s James Bond films “Live and Let Die” contains one of the most memorable songs with which the 007 agent’s adventure begins. Of course, it is not easy to follow the principle of “Diamonds are forever” — a statement that applies on two different levels. When Sir Roger intervened after the unexpected return of Sir Sean Connery, McCartney’s tune followed a second time when Dame Shirley Bassey recorded one of the title themes of the Connery era.

However, Sir Paul McCartney’s rock and roll track undoubtedly appeared at the right time. The title track Live and Let Die, translating the James Bond saga from the swinging sixties to the hard rock 70s, was a product of its time. Not to mention that it also helped to further narrow the gap between 007’s tradition of scoring charts, which are also related to the plot and promotion of the latest film.

As The Sound of 007 section dedicated to this song continues, some important feedback has come from both the franchise producer Barbara Broccoli and singer The Man with the Golden Gun Lulu. Their reflections on the track were as enthusiastic as they were beautiful:

Lulu: It was rock and roll. You haven’t had a Bond song that sounded like this yet. It almost knocked me off my chair.

Barbara Broccoli: I remember Dad playing that Paul McCartney song, he had big speakers in his living room. My sister and I are just going crazy. I’m going completely crazy.”

The history of pop culture could have changed a lot if Paul McCartney’s title tune “Live and Let Die” eventually became an alternative version of Alice Cooper’s song for “The Man with the Golden Gun”. This is a story for another time, as fate led to a hit for the ages, as well as to the first Oscar nomination for a song about James Bond.

With these achievements behind him, Agent 007 would have marked the beginning of a new era of traditions for then-fledgling films. You can learn more about the 60-year musical history of the franchise in The Sound of 007. The documentary and its accompanying concert release are currently available for viewing, provided you have a Prime Video subscription.

“When you see Clark…” — Henry Cavill revealed the “lonely aspect”...