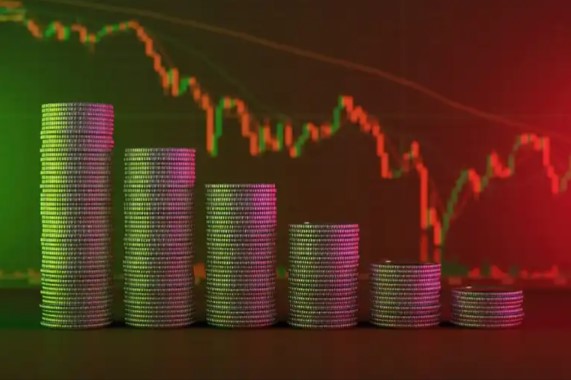 The world’s leading cryptocurrency, Bitcoin, has recorded eight consecutive weeks of losses for the first time in its history. The largest cryptocurrency reached its intraday high of $30,275 on the Bitstamp exchange. However, the top cryptocurrency had to rally 4 percent to end its record-breaking bearish streak. Here are the details…

Over the past few weeks, Bitcoin has lost about 36 percent of its value and is currently trading just above the $30,000 level. Bitcoin has been negatively impacted by the double blow of unfavorable macro conditions and the explosion of the Terra ecosystem. As we reported on Somanews, last week, the world’s largest cryptocurrency dropped to $25.401, its lowest level since December 2020.

Despite being cited as a hedge against inflation, Bitcoin has dropped over 35 percent since the start of the year. It underperformed other risky assets, such as tech stocks. In fact, Bitcoin’s correlation with the Nasdaq 100 index hit an all-time high earlier this year. There wasn’t much relief on the economic front, as growing concerns about a recession in the US clashed with a Fed that said it was determined to curb rapidly rising inflation even as US stocks looked poised to enter a bear market.

Has the market bottomed out?

Galaxy Digital CEO Mike Novogratz recently warned market participants to expect a sharp return in market sentiment, arguing that it will take more time for stocks and crypto to bottom out. Novogratz even predicted that leading altcoins could drop another 70% from their respective price peaks.

On May 17, the crypto “Fear and Greed Index” hit its lowest level since May 17, seeing 8/100, the lowest level since the pandemic-induced crash in March 2020. Currently, the largest cryptocurrency by market cap is not experiencing a slight bounce.

Analyst’s 5 Altcoin Tips: These Cryptos Are Ready to Rise!

Analyst Who Knows Every Step of Bitcoin Surprised: I’m Buying From...