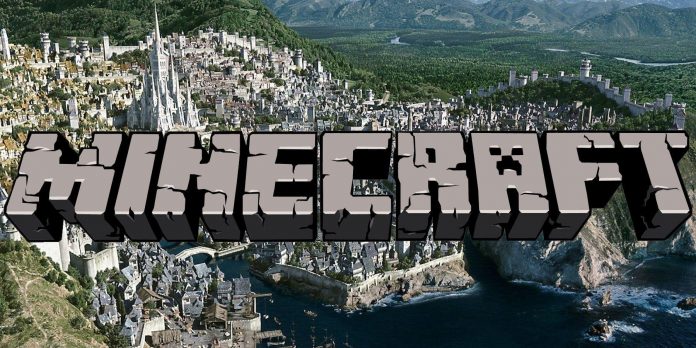 With eight expansion packs in over 15 years, World of Warcraft has no shortage of beautiful locations for fans. One player takes one of the most iconic places in World of Warcraft and recreates it in Minecraft.

World of Warcraft youtuber Yunatael is the Minecraft mastermind behind this ambitious project. Yunatakhel, one of the best keepers of the knowledge of the French World of Warcraft community, has shot hundreds of videos that tell about every corner of Azeroth and beyond.

Despite such an impressive resume, the Minecraft version of Yunatakhel’s Stormwind may be his most ambitious project. A short video tour of his progress is still absurd in its quality — the footage from his recreation looks exactly the same as from the Alliance capital in World of Warcraft.

The replica of Stormwind is not ready yet, but those parts of it, from the castle to the docks, look incredible. Yunatakhel designs the interiors of many buildings in Stormwind, as well as exteriors with the same textures and colors as in the game, up to the roofs of color-coded districts. An inexperienced eye may not distinguish the game of Yunatakhel from the original Stormwind map found in World of Warcraft.

Yunatahel is not the first person to recreate Warcraft locations in Minecraft; players have been doing this since the block building game first came out. Among the hundreds of examples of Warcraft and Minecraft crossovers, a recent example is the recreation of Elysian Hold from the Shadowlands add-on. Over the past decade, hundreds of locations from Azeroth and other regions created by countless artists can be found on the Internet.

However, the performance of Stormwind by Yunatael attracted a lot of attention. Official American and French World of Warcraft tweeters shared his work and showered him with praise along with hundreds of fans from around the world. The quality of the work attracted many new views to his work, which inspired Yunatakhel to make the final product something really special.

World of Warcraft is currently in development on Dragonflight, its ninth expansion. This new WoW chapter takes players to the Dragon Islands, a legendary place steeped in the history of Azeroth. The locations and attractions featured in the cinematic trailer and the terrain previews showcased some really impressive sights worth seeing. Without a doubt, Yunatahel and other builders playing World of Warcraft can find some fantastic new locations to recreate in Minecraft after the release of Dragonflight.

World of Warcraft is already available on PC. Dragonflight plans to launch later this year.