Home Entertainment A fan of Red Dead Redemption 2 made a LEGO version of... 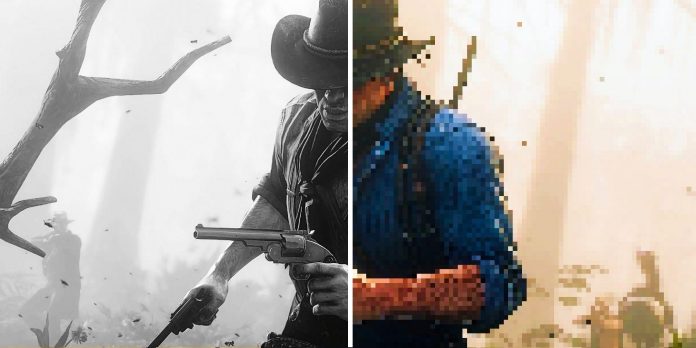 It’s been more than three years since Rockstar released Red Dead Redemption 2 to the masses, and since then it has become one of the best-selling video games of all time, and also constantly receives recognition from both players and critics. In the end, it’s clear that time certainly didn’t stop many players from returning to the game to check out the main character Arthur Morgan and embark on one of the many adventures waiting on the map. So with such a dedicated fan base that has devoted a lot of time to Arthur, it shouldn’t come as a surprise that players are still producing amazing Red Dead Redemption 2 tributes.

For the uninitiated, Red Dead Redemption 2 has something to do besides gunfights, horseback riding and seedy saloons where you can get drunk. After all, a huge part of the players likes to dress up and flaunt Arthur Morgan. through a visit to one of the Red Dead Redemption 2 department stores or tailors. From vests with cow patches to shoes with spurs — the game has a lot of cowboy jewelry that Arthur can try on to size. But despite this huge selection of vintage fashion, Arthur’s standard shabby blue shirt and brown trousers have become the character’s most iconic outfit.

Now one art fan has decided to pay homage to this iconic costume by turning it from the hyper-realistic visuals of the Red Dead Redemption franchise into a playful blocky LEGO art style. Because of this creative approach to the mundane and often heartless character, designer ItChris_8776’s post, which originally shared the creation, quickly gained over 150 votes on Reddit. Numerous community members praised ItChris_8776 and blocked Arthur Morgan in the answers section, and also encouraged them to develop more designs in the future.

I made Arthur Morgan in LEGO from reddeadredemption

It’s safe to say that ItChris_8776, the creator, who is no stranger to creating LEGO versions of Red Dead Redemption 2 characters, perfectly conveyed the visual characteristics of Arthur when assembling this block design. Everything, including Arthur Morgan’s iconic worn-out blue shirt, frayed suspenders and worn dark brown trousers, is neatly assembled into this mini-figure. On closer inspection, it turns out that he has a black neckerchief around his neck, ready to pull it over his face for some anonymous robberies and train robberies. On top of that, ItChris_8776 took care of the inclusion of Arthur’s faithful steed.

So with the fun tributes to Red Dead Redemption 2 LEGO that are constantly being shared and celebrated in the community, we hope there will be more inspired creations in the future. After all, there are still a lot of visually iconic characters in the game that could be an interesting design, such as Dutch van der Linde, Sadie Adler and Javier Escuella.