Home Entertainment A fan of Red Dead Redemption 2 has created an incredible trailer... 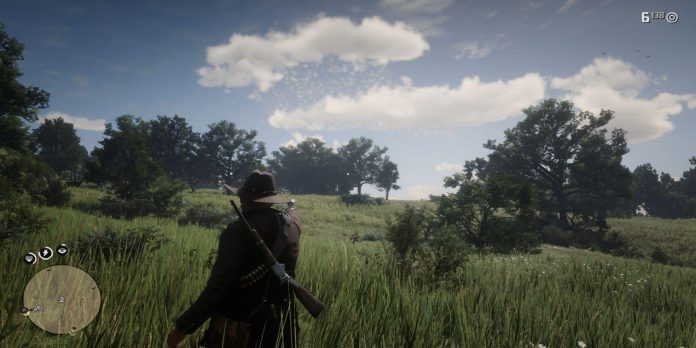 Despite the fact that the game was released four years ago, it is still relevant, because you can regularly see works created by fans. Not so long ago, one person drew Horseshoe Overlook in the art style of Arthur Morgan, and another created an illustration of the main character of the game in the style of comics. Following this trend, another Red Dead Redemption 2 player stepped forward to showcase his video editing skills in a neatly designed trailer for the game’s story mode.

Reddit user HiCaptainPunch uploaded a video to the social network, which shows an exciting fan trailer for the Red Dead Redemption 2 story mode. The trailer begins with Dutch Van der Linde and Arthur Morgan talking about the future of the gang while sitting around a campfire. It continues to show Hosea finding an abandoned hideout in the mountains where gang members can rest before heading south. At the same time, the soundtrack of Red Dead Redemption 2 is playing in the background. Horseshoe Overlook is the next place where Dutch makes a touching speech, urging everyone to get to work.

The original trailer I edited for the epic RDR2 story mode. He doesn’t give anything away, and I made sure to record the original footage for him. Let me know what you guys think! from Reddeadredemption

HiCaptainPunch used fragments of several Red Dead Redemption 2 videos to create this fantastic story mode trailer, which shows notable moments from the game, such as robberies, shootouts and unnerving clashes with Pinkerton agents and other law enforcement officers. The Red Dead community on Reddit admired the video and expressed their approval with hundreds of votes and positive comments. Most users praised the original poster for its outstanding video editing skills and for choosing the right moments from Red Dead Redemption 2 to create the trailer. Some people think that the HiCaptainPunch trailer is even better than the original released by Rockstar Games. HiCaptainPunch also provided a link to the 4K version of the video on YouTube.