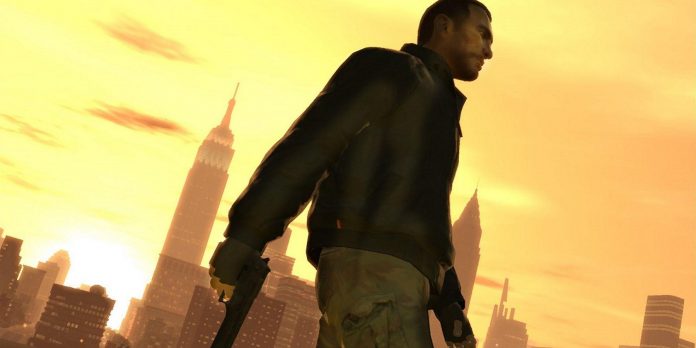 Grand Theft Auto 4 was met with widespread critical acclaim when it was released in 2008, which was seen as a significant step forward for the Grand Theft Auto series in terms of realism, physics, and more. Grand Theft Auto 4 remains one of the most popular video games of all time, so it’s no surprise that GTA fans are still reviewing the game.

As with any other game in the series, Grand Theft Auto 4 has a large open world that players can explore. Liberty City in Grand Theft Auto 4 is quite huge and full of secrets that players can find, some of which could remain unsolved for years. This may include GTA 4 Easter eggs, but it may also include interesting ways of working the game’s physics that may have gone unnoticed by many players.

An example of this was recently shared in the GTA subreddit by user TwiliciousREEE. In the video, a Reddit user flies one of the Grand Theft Auto 4 helicopters to one of the shallow lakes in Middle Park, the GTA 4 version of New York’s Central Park. When the helicopter hovers over the water, the stone bottom of the lake opens, which allows players to land the vehicle on the ground. At the time of writing, the post has received almost 6,000 votes and more than 250 comments, many of which claimed that they never knew this was possible in Grand Theft Auto 4.

Today I discovered that thanks to the water physics in GTA IV, the helicopter can repel water in the Middle Park lakes, so you can actually land on the bottom of a fairly shallow lake. from gta

Such things are an example of the impressive Grand Theft Auto 4 physics, which helps to increase the sense of realism in the game, especially compared to other parts of the series. GTA 4 uses a more mundane approach to the Grand Theft Auto brand with chaos in the open world, whereas GTA 5 is more inclined to the absurd. Some Grand Theft Auto fans prefer the look of GTA 4, but there are also those who like the freedom of creativity offered by GTA 5.

Grand Theft Auto 4 has already been released on PC, PS3 and Xbox 360.

This Is Us Season 6: The actor who cried when reading...