Home Entertainment A fan of God of War Ragnarok made an Impressive Kratos LED... 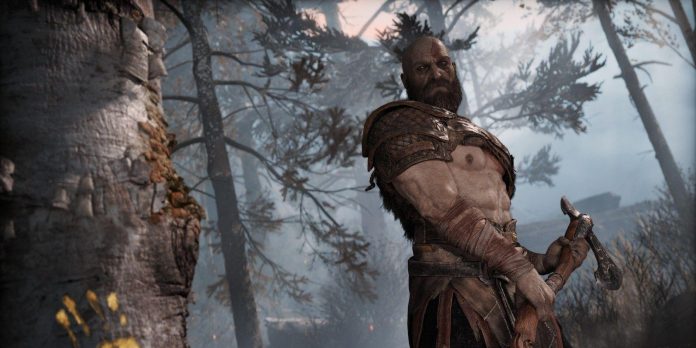 As gamers prepare for a number of high-profile releases this fall, one of the most anticipated is likely to be God of War Ragnarok. Coming out on November 9, the game is the next part of the popular God of War series. Since there are only a few months left before the release of the long-awaited game, many fans created illustrations based on Kratos, the main character of the series.

First introduced in the original God of War game in 2005, Kratos has become quite a cult character over the years. Among the reasons for the popularity of the character is his recognizable appearance. Although his appearance has changed over the years, some of his features have remained the same. Recently, a fan made an impressive fan art based on a character that could be hung on the wall.

RELATED: Phil Spencer Reveals That God of War Ragnarok Is The Game He Most Wants to Play Next

On Reddit, a user known as LaserBeta shared a photo of a newly made artwork inspired by God of War Ragnarok. In particular, this work of art included the creation of an LED sign depicting Kratos’ face, and the results were nothing short of impressive. In the image, the LED sign looks attached to the side of the wall. It was painted black and outlined the outline of Kratos’ face. Among the details present in the design were his beard and scar. In addition, the LED lights underneath it emitted a reddish light to complete the look.

On the weekend I made LED Kratos for God of War Ragnarok! from GodofVar

In addition to showing the image of the Kratos LED sign, LaserBeta provided several details about the creation of the artwork. According to a Reddit user, they started the project using design sketching software. After this was done, it took several hours to cut the aluminum used in the artwork. Finally, it turned out that it took about another hour to assemble the LEDs used in the sign of Kratos. For those who want to choose a copy of this sign, the artist noted that they have an Etsy page where they sell works of art based on video games and anime.

Since LaserBeta shared this image on Reddit, quite a few members of the God of War community have expressed their opinions about the design. Among the comments, many praised the appearance of the art, and a number of users wanted to buy one of the LED signs for themselves. In addition, another user, known as pantheonslayer on Reddit, suggested that the design would look good on a pumpkin lantern.

As the release of God of War Ragnarok approaches, many other gamers create illustrations based on the popular series. In addition to this impressive Kratos LED sign, other fans have made illustrations depicting this character. For example, one gamer recently drew a picture that imagined how Kratos would look in old age. It will be interesting to see what other creations fans will make in the coming days.

The release of God of War Ragnarok is scheduled for November 9, 2022 on PS4 and PS5.

The Squid Game: Will There Be A Second Season?