Home Entertainment A fan of From Software created a Bloodborne doll in the image... 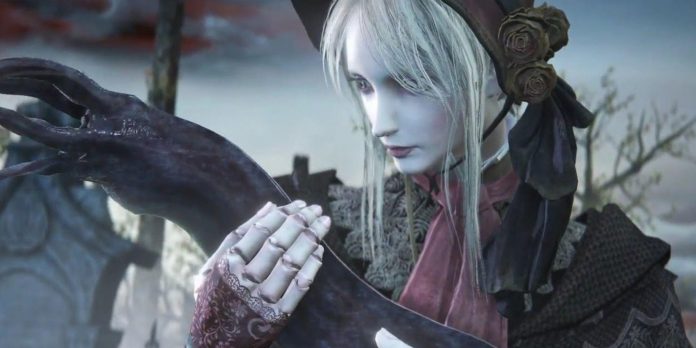 Sometimes in the name FromSoftware Soulsborne will be a kind of “maiden” to facilitate the level-up in the game world. It was a Maiden in black in Demon’s Souls, a Doll in Bloodborne and Melina in Elden Ring. Crossovers and comparisons between Elden Ring and games like Bloodborne will occur due to the huge popularity of the Souls catalog from FromSoftware, and similar details such as Doll and Melina (especially since they are not in every game) will be picked up by fans. .

Bosses, design, changes and much more are all the right points for comparison, but recently one Elden Ring fan decided to answer an important question: what would the Bloodborne doll look like if it were in the Elden Ring? After all, although the Lovecraftian themes of Elden Ring are clearly present, they are not as strong as the Victorian Bloodborne.

link: The Elden Ring 1.06 update changes the rules of the game for PvP and Co-Op multiplayer.

Redditor girl_snap_out_of_it sought to create a Bloodborne doll as an Elden Ring character by adding fashion analysis to The Lands Between. It should be noted that the Redditor is not openly an expert in this matter, but, nevertheless, they have written an interesting analysis of the influence of Catholicism and Medieval fashion on The Lands Between, and also explore the gap between “realistic” and “fantasy”. fashion is here. They have woven these elements into their design, and the end result can be seen below.

A doll from Bloodborne, if she were an NPC in the Elden Ring. Elden Doll! I also wrote a brief analysis of the Elden Ring costume design, which I used as a reference when I was working on this picture, I will share it in the comments. from Eldenring

With these influences in mind, girl_snap_out_of_it also wrote a small backstory of the Doll, as if it really existed in The Lands Between. The Redditor believes that something like a Doll could only be made in Leindell, so the overall aesthetic of the Knights of Leindell is visible in the cloak and dress of the Doll. The design also includes Celtic details related to Erdtry, due to her connection with them. The doll has preserved the details of the face and tied doll’s hands, but despite the fact that she is dressed in expensive clothes, some of the clothes are old, worn out and tied with ropes.

The backstory explains that she would be kind of a girl even if she couldn’t use the power of the Dev Finger, and so instead she offered comfort and help. It seems that the Doll would have been associated with the Golden Order in this interpretation if she had been an unwitting accomplice to his plots. Overall, it’s a pretty fitting backstory, perfect aesthetics and design, and otherwise an impressive example of Elden Ring fan art.

Valheim, second on Steam only behind CS: GO