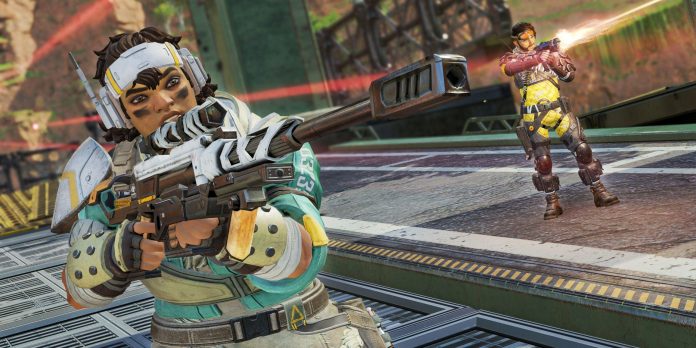 The 14th season of Apex Legends is in full swing, which means that fans are trying to figure out a new meta in Kings Canyon, with legendary buffs/nerfs and, of course, with the newcomer Vantage. On the eve of its release, Vantage gained great popularity due to its passive and other abilities.

However, it often takes time for the dust to settle on the viability of a legend, even if Vantage started off as well as any other Apex Legends character. However, she definitely has potential, and one recent clip perfectly demonstrates this.

Shared with Reddit user u/Common_Ad1866, one of the Apex Legends players alone managed to defeat the duo in a fashion suitable for the trailer. From a long distance, the player can use the Vantage ulta to hit the running Octane twice, dealing a total of 150 damage and breaking his shield. This Octane then uses his jumping pad to escape, just as the Vantage player also uses his tactics to get close for the kill. Vantage throws out an Echo, lands on the same jumping pad that this Octane uses, and manages to knock this Octane down with an alternator before it touches the ground.

Respawn should hire me for their trailers. from apexlegends

From there, it was an act of cleaning up when Vantage was able to hit another target with her sniper rifle and finish them off with the Volt submachine gun from Apex Legends. It was a clean and well-executed throw by the nasty duo, and he used all of Vantage’s abilities well. It’s really hard to predict where Vantage will fall in the Apex Legends meta, but it definitely has a huge potential to change the rules of the game.

What’s great about her gameplay is how well it connects to her story. Vantage is now the youngest character in Apex Legends, taking that title from Rampart, and she grew up on an abandoned planet as a survivalist. In other words, she is not very good at communicating, can be abrupt, and perhaps even behaves a little unusual. But when it comes to her skills with Echo and Sniper, this clip also perfectly conveys these elements.

The 14th season of Apex Legends has just begun, which means that fans have plenty of time to discover more tricks with Vantage in the long run. It definitely seems that her set is full of such possibilities.