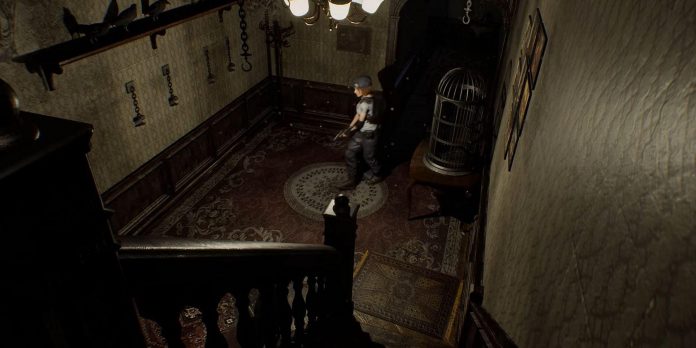 Despite the difficult middle, when the series began to focus more on action in the fifth and sixth parts, Resident Evil is in great shape again. Besides being one of the most successful horror franchises in the industry with one of the most iconic save features in games, it has changed the classic formula to keep it fresh and has a number of well-received remakes. The first parts have been successfully brought back to life with the help of more modern development methods, and it looks like another one is coming soon.

That is, an unofficial remake of Resident Evil is currently under development by an independent team. A brief trailer showing how it looks at the moment was seen by DSO Gaming. The most interesting thing about this fan project is that it is being made on Unreal Engine 5 and, apparently, will retain fixed camera angles and tank controls, as in the original classics. Because of the engine it is being developed on, it looks pretty fantastic so far. At the time of writing this remake, there doesn’t seem to have been a release window.

Fans are always eager to show their love for this long-standing and influential franchise. There is a recent concept video of Resident Evil 9, which fantastically shows a possible scenario in which the main tyrants of the games return, as well as many remakes created by the community. Obviously, RE games have left a lasting impression in the gaming world, and players just want to see more coming out of the tree.

On top of that, Humble Bundle is currently offering a deal on Resident Evil games, where you can purchase all the major games in the series, including both Revelations, for $30. It seems like now is the right time to be a fan of RE. This is an even better time for those who haven’t tried games before, given that they are now cheap on Humble.

Since Capcom is working on a remake of Resident Evil 4, as well as rumors that RE9 is officially in development, the classic horror franchise is by no means over. Since the game was rebooted back in 2017, removing it from the action-oriented fifth and sixth parts, interest in Resident Evil as a whole has resumed. This is marked not only by the success of the next “Village” in 2021, but also by the fact that fans are eager to participate in the game and create their own remakes and remasters.

Resident Evil was originally released in 1996 on PlayStation, and was later ported to the Nintendo DS, PC, and Sega Saturn.

Genshin Impact: How to Unlock the Dream Tree and Use the...