Home Entertainment A fan has created an incredible concept of God of War Ragnarok... 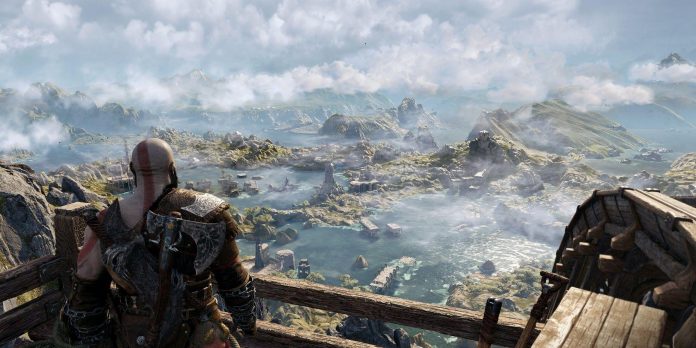 Custom consoles are nothing new in the world of modern gaming, as Sony, Microsoft and Nintendo have released quite a few custom systems to celebrate the release of mainstream games. Although most of them are aesthetically consistent with the corresponding release of the game, the physical design of the systems is usually not different from the basic design, and instead the system simply matches the overall aesthetics of the game, such as the Halo 5 Xbox One console. . However, two Brazilian artists have taken the idea of custom consoles to a new level by sharing their view of the God of War Ragnarok PlayStation 5, which represents how the console might look in the gaming world.

God of War Ragnarok is the sequel to God of War 2018 and continues the story of Kratos along with his son Atreus after their journey to Jotenheim in the previous game. Three years after the 2018 game, Kratos and Atreus embark on a new journey to stop the impending Scandinavian Armageddon and uncover the truth about Atreus’ identity as Loki, his significance to the giants and his possible role in Ragnarok. The pair will also find themselves being pursued by Freya, an ally turned enemy after Baldur’s death at the hands of Kratos, and Thor, the wrathful Thunder God responsible for the Giants’ downfall.

Ahead of the game’s release in November 2022, two artists have committed to offering their own version of the PS5 in the style of God of War Ragnarok to celebrate the release of the game. We are talking about a couple Anderson and Deborah, who use a pseudonym fan2fan.br on social networks and previously created their own versions of PS5 consoles and accessories for games, including The Last of Us 2, Horizon: Forbidden West and Assassin’s Creed Valhalla. . Their latest work, inspired by Ragnarok, was originally posted on their shared Instagram page before it started spreading across other social media platforms.

The stone-style console case is designed to reflect the architecture of the game world, especially its version of Midgard, inspired by the real stone works of the Vikings and other Scandinavian tribes. However, the central symbol has been a constant for God of War since the 2018 game, where the bear represents Kratos and the wolf represents Atreus. Small touches of snow and ice are also present to reflect the ominous Fimbulwinter, a winter spanning three summers preceding Ragnarok, which is nearing its end at the beginning of a new game.

At the time of writing, the design is a concept, and the artists have not said whether it will be available for purchase from them directly. It wouldn’t be surprising if they were selling the design as a body kit, since previous kits such as the Last of Us 2 body kit and the DualSense controller holder were available in limited quantities on Anderson and Deborah’s Etsy page. However, perhaps the pair are just waiting for the release of God of War Ragnarok to capitalize on the excitement of the players.

Control has already earned more than 40 million euros for 505...