Home Crypto A famous billionaire announces a basket of altcoins: I have 32 positions! 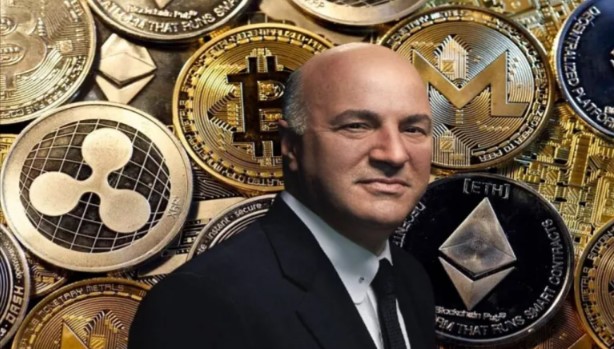 Shark Tank star Kevin O’Leary may have invested in dozens of crypto projects, but says he only needs two to make them work. We have prepared for our readers the shares of a famous billionaire who told about altcoin projects in his basket.

Which altcoins does the famous billionaire prefer?

Kevin O’Leary, whose estimates we also included in the Somagnews news, used cryptocurrencies such as Bitcoin (BTC), Ethereum (ETH), Polygon (MATIC), Hedera (HBAR), Helium (HNT) and Avalanche in a new interview. (AVAX) as a token, He says He considers it as software. Arguing that the only way for projects to survive in the long run is to bring some economic value, the famous billionaire uses the following expressions:

Just give me the polygon I invested in. Basically, “Look, let’s combine transactions and transfer them to Ethereum in one transaction, which will significantly reduce the gas fee, it works in India.” Why not? Am I not investing in this? It’s a good idea. There is real economic value there.

“The same as Helium, if it’s going to change [telecommunications]. I like this idea,” Kevin O’Leary said, “Will Solana accelerate its blockchain?” gives the following answer to the question:

Well, (CEO of Solana) Sam Bankman-Fried says yes. Why don’t we put a margin of 5% on it? I do not know who will win, I have 32 positions. Only two of them have to work, and I have earned a lot of money.

Kevin O’Leary compares the current cryptocurrency market to the early days of the Internet in the 1990s and says, “Yes, some of them will Pets.com but others will be of great benefit and will become the Google and Microsoft of their generation.” The famous billionaire also claims that he allocates 20% of his capital to cryptocurrency:

I’m making an assumption and I may be wrong, but in the next 10-12 years, cryptocurrency will be the 12th sector of S&P. There are 11 sectors. If you look at how a state fund or pension system manages capital, they allocate up to 10% to any industry and up to 5% to any name.

“If you are really optimistic about cryptocurrencies, like me, you can invest 20% of the company’s capital in cryptocurrency and more than 5% in any cryptocurrency, token, blockchain or second—tier altcoin projects,” concludes Kevin O’Leary.

That’s how I did it. I have 32 positions, I tied up 20% of the capital. It’s a heck of a changeable thing, but I agree with that because I assume that all of this proposed policy will be adopted at some point.

Famous Statistician: This Cryptocurrency Is A Perfect Sucker Game!