Home Home Page A false identity created by some people who pretend to be someone... 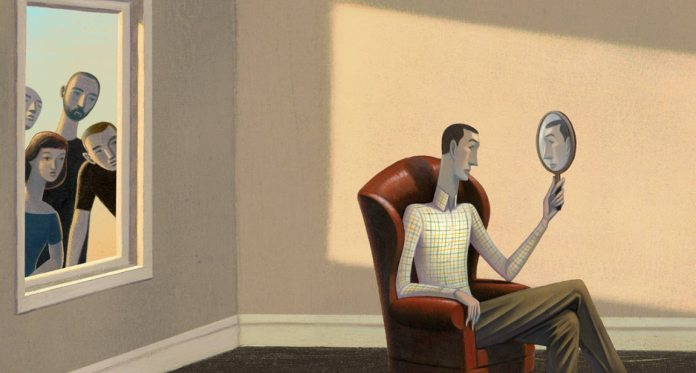 When the way children are raised in society is based on criteria such as comparing a person with others and expecting success from them, a person grows up realizing that the way to be loved depends on the condition. We can say that this is the main source of this syndrome. Since people are programmed to be perfect from a young age, they always focus on being the first in everything. Thus, their own desires and the demands of the outside world may conflict.

For example, if a small child hears from his teacher statements like “you always have to work hard”, “look, your friend has overtaken you”, this situation can create a hidden fear of failure in the child. In this case, a person may think that he or she will fail, no matter how hard he or she tries, because, having achieved success, he or she may realize that he or she cannot succeed forever, that this turns into a new goal for him or her. constantly winning.

When people think that they cannot meet the criteria that are considered high criteria for success in society, they may worry.

And the negative side of this situation is this: if other people realize that this individual is not what they think, then the image he draws will be shaken, and he will lose his reputation in the eyes of others. Psychologist Petrushka Clarkson, author of the book “Achilles Syndrome: Overcoming the Secret fear of failure”, which also contains information about this syndrome, explains the problem as follows: A person can become a fraudster in the eyes of others.

Also, when these people are given a task, they may panic because they think they can’t do it perfectly. Those who find themselves in such a situation find it harder to do work than other people, and they may get tired. Those who suffer from this problem, instead of being happy after completing the work, feel relieved, as if they were relieved of the burden. This means that they consider most of the work they do as a mandatory obligation.

According to the psychologist, it is also difficult for these people to take their achievements to a new level. For example, you might think that they can’t skip the status. They may even think they will be shamed and humiliated by others for no apparent reason. In fact, those who experience this are always eager to tell others about their weaknesses and that they are indecisive people.

In fact, those who are experiencing this situation have a special complex.

That is why an individual does not show a fragile child inside, because he thinks that he will become everything, become ordinary. According to Clarkson, those who face this problem seek respect from others, striving to be above everyone else. This shows the so-called competence built on a fragile soul. In other words, skills that a person may not have can be understood as if they existed. In fact, sometimes this person may avoid big responsibilities in order not to lose his dignity in the eyes of others.

According to the psychologist, we are talking about a person who does not want to take risks and suffer. In other words, we can say that this person’s grandiose attitude prevents him from taking risks. Because she is also one of those who is terribly afraid that she is not considered smart, beautiful, successful, important and noticeable in the eyes of others.

Refrain even from public speaking; this is an example of this syndrome, because it stems from the fear that what is said will not please others.

According to the psychologist; People are embarrassed to speak in public because everyone strives to be the best speakers. Similarly, when they talk, if this does not happen, people can have a lot of psychological destruction. That’s why most people don’t dare to talk at the risk of not being liked. According to other psychologists working in this field, they are the product of narcissistic (simply speaking, narcissism or excessive self-confidence) efforts.

Namely, a person wants to control himself and people’s thoughts about him, but cannot fully. For this reason, experiencing the depressive experiences created by this situation in his inner world, he continues to strive for superiority over others. Here a problematic situation arises in which a person rushes to each task, not knowing his own limits and expecting success from them. In fact, people wear out psychologically, trying not to be ordinary.

But if you consider that everyone who grew up with a culture of success does this, you can see that they all become commonplace. In addition, the eyes of people with Achilles syndrome can sometimes be so high that they miss even simple tasks that they can complete. As a result, sometimes it is useful for our psychology not to know and not to try to do everything that goes beyond our limits, but to focus on issues that correspond to our own limitations and capabilities.

In addition, when people show what they are, instead of trying to hide their abilities from people, they can free themselves from unnecessary experiences like “Can I do it?”, “Will I succeed?”.