Home Celebrity A Dwayne Johnson fan has been waiting for hours to meet him.... 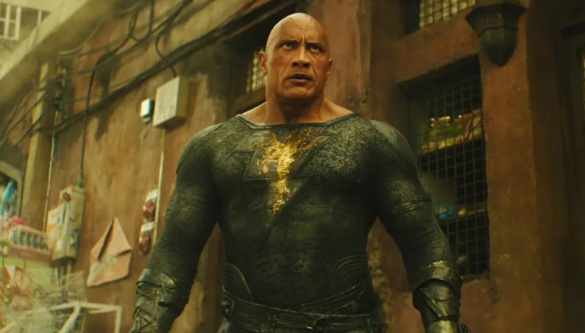 This Dwayne Johnson fan couldn’t believe she actually met him.

Time and time again Dwayne Johnson proves it, besides being the biggest movie star in the world. He’s also quite possibly the nicest guy in the world. We often see Rock taking time out for fans, but they don’t get anything more special than this one, where Johnson stops to take some pictures with a young girl who is in absolute shock from meeting him.

Rock posted a video on his Instagram showing him meeting with a 10th grade student from Memphis, Tennessee, named Carol, who apparently stood outside in the early morning hours for two hours to take a picture with Rock. Most likely, she spent these two hours very nervous at the thought of meeting him, but these nerves completely overwhelm her when she finally sees him, and it’s just amazing. Check it out.

Throughout the entire interaction, Carol just can’t come to her senses, which is perhaps not so surprising. She’s obviously a big fan, and now she’s standing next to a guy she’s only seen in movies and on TV before. However, Dwayne Johnson is as sweet as he can be, trying to help her keep calm, and he just spends all the time she wants on photos.

In a post attached to the video, he also says that he gives Carol and her friends free tickets to the premiere of the movie “Black Adam”, which is also very nice. Carol probably still can’t believe that she had a chance to meet Dwayne Johnson in person. As someone who was lucky enough to interview The Rock, I understand that.

The Rock is based in Memphis, Tennessee, as part of the production of the third season of his show Young Rock. Carol seems to have tracked down where he is and decided to wait to see him in the morning when he might have more time to just take a simple photo. Obviously there is some dedication here, but she also gave Johnson space and allowed him to come to her, which is nice.

Dwayne Johnson has previously spoken about the experience he got at the beginning of his wrestling career when Johnson didn’t give fans time, and that this moment taught him that he has the power to make people feel good. In addition, he learned that it usually did not require so much from him. He made the decision to be kinder to the fans, and that clearly gives some people, like this kid, a potentially life-changing experience.

Of course, after such an experience, Dwayne Johnson has a lifelong fan who will never forget it. Although she may have to turn to videos and photos, as it is unclear how much she will actually remember, since this child was clearly in real shock.

Kylie Jenner is a big fan of dogs and proves it...