Home Entertainment A Clone Of Unpacking For Mobile Has Been Removed After Complaints From... 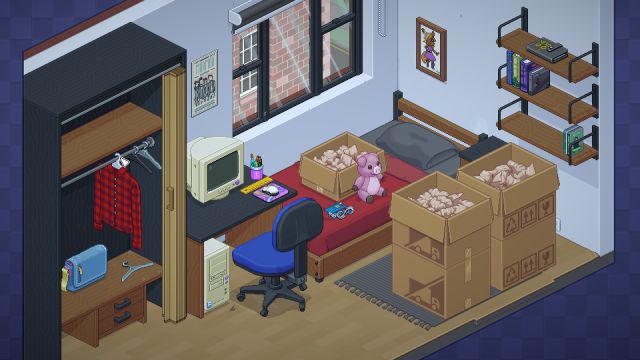 Unpacking: Witch Beam denounces the viralization of a plagiarism of its title for iOS and Android mobiles; after a few hours it has already been removed from the App Store and Google Play. In the last few hours, a game for iOS and Android mobiles has gone viral that turned out to be a cheeky clone of Unpacking, the successful and celebrated puzzle game in which you computer a multitude of household objects and that reached PC digital stores, Xbox and Switch at the end of last year. Such has been its success that it hasn’t taken long for the clone of the work of Witch Beam to reach mobile phones, a title that has become a phenomenon in both the App Store and Google Play and has even found its way into the best-selling apps of both platforms. Faced with such brazenness (and to the consequent anger of the original independent creators), the game has been denounced, causing the plagiarism to have already been removed in both app stores.

“If you’ve recently seen an ad for a game suspiciously similar to Unpacking on mobile, know that this is not our game. However, it seems that they want to give the impression that it is!” Witch Beam wrote on her official Twitter account, warning the community not to fall for the trap. And it is that this clone of Unpacking has even been announced on social networks as massive as Instagram or TikTok.

We just wanted to say thank you for the overwhelming support in the few hours since we wrote this thread. It's meant so much to us. As an update, Apple have taken down the app, although it is still present on the Google Play store.

Thank you again for caring about our game. ❤️ https://t.co/5TWIfo5hLl

“It is demoralizing for a small team like ours to see content we spent literally years planning, refining, and creating by hand being hastily reproduced in an opportunistic, ad-ridden app just three months after our launch,” its creators wrote.

However, after repeated complaints from Witch Beam and the incontestable support of the gaming community, Apple and Google have been forced to remove the Unpacking clone app from both download platforms. All in all, a happy ending for the creators of Unpacking with the support of its community of players.

Don’t miss our Unpacking analysis in which we concluded that “Witch Beam soaks magic and originality in a gameplay that is as simple as it is effective: open boxes, take objects and place them wherever possible.”

The Creators Of Bayonetta 3 Change Their Strategy And Want To...