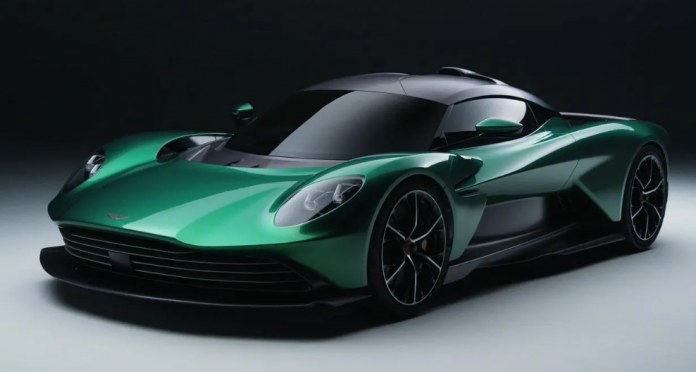 Aston Martin, known to us for its stylish cars, has recently rolled up its sleeves for new investments. At the same time, the company, which needed new funds, decided to transfer part of its shares. In this process, the Chinese brand Geely joined the partners of Aston Martin.

China’s Geely acquired a 7.6% stake in Aston Martin in exchange for an investment of 654 million pounds. Thus, the British manufacturer has also created funds for its new investments. Chairman of the company Lawrence Stroll will remain the largest shareholder of Aston Martin with a stake of 18.3%.

Earlier this year, Aston Martin outlined its new strategy for electric vehicles called Racing Green. In accordance with this, the company plans to launch its first rechargable hybrid model Valhalla on the roads in the first quarter of 2024. The company’s first all-electric model is expected to be unveiled in 2025. With the participation of Geely, the British manufacturer can take more serious steps to attack electric models.

Geely, China’s largest private car company; it stands out as the largest shareholder of Volvo, Polestar, Lynk&Co, Zeekr, Lotus and LEVC. In addition, the company, which owns 50 percent of Smart shares, owns 9.69 percent of Daimler shares.

Geely, which has proven itself well in the automotive market with its Aston Martin stake, looks like it will continue its investments in this sector. Daniel Donghui Li, CEO of Geely Holding, which owns a 7.6% stake in Aston Martin, said:

We are pleased to announce our investment in Aston Martin. We believe that Geely Holding can contribute to the future success of Aston Martin thanks to our rich history and the technologies we offer. . As Aston Martin continues to implement its strategy of achieving long-term, sustainable growth and increasing profitability, we look forward to potential opportunities to establish contacts and cooperation with Aston Martin.

Chinese companies are becoming more actively involved in the automotive market every day. So what do you think about Chinese companies that own shares of well-known manufacturers, such as Aston Martin? You can share your opinion with us in the comments section.

Bitcoin is armed against the attacks of states and large companies