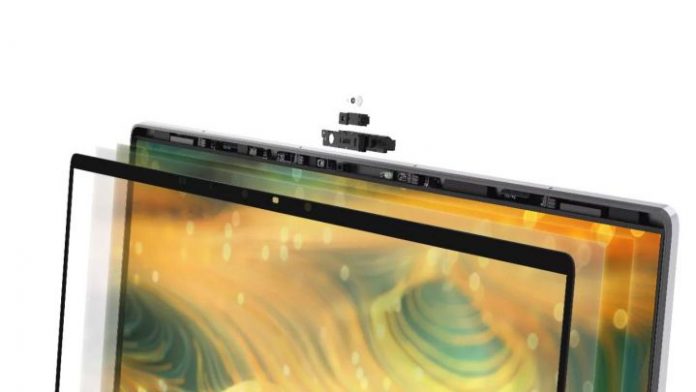 Many users worry about their privacy while using their laptop. These have all kinds of amenities, including a webcam so you can make video calls without spending more money. But these lenses are always exposed and many users do not trust that the pilot is off for fear that a hacker will have access to it. But the problems seem less with the arrival of a new system that hides the lens while you do not use it.

It’s hard to believe that a laptop doesn’t have a built-in camera for video conferencing. The vast majority are of acceptable quality, which have little or nothing to do with a camera dedicated exclusively to it or directly to that of a smartphone. But when it comes to safety, we have a problem that many have solved with home remedies such as using electrical tape.

We are talking about the privacy of the user and, consequently, the incessant presence of an eye pointing at him every time he opens the lid. As we said, they all come with a pilot light that tells you when the camera is active, but it is a fact that users feel somewhat insecure about it. And this need seems to be covered with Dell’s SafeShutter.

The company boasts of having the first hidden automatic target on the market. Its system is clear: if it is active the sensor is exposed and you can see the user. If the person is not using this function the viewfinder is hidden and the lens looks into the frame. As if that were not enough, according to what SlashGear has, the firm also has a system that automatically mutes the microphone, so you will not have to worry about anything while you are not using a video conferencing app.

Only one drawback: the thickness of the lid

There is no doubt that having an automatic camera with the SafeShutter system is innovative and safe. However, it poses a problem that at the design level can be crucial for many manufacturers and that is the size of the system. A lens that rotates on itself to hide needs space to do so and for that it takes a few millimeters to get up.