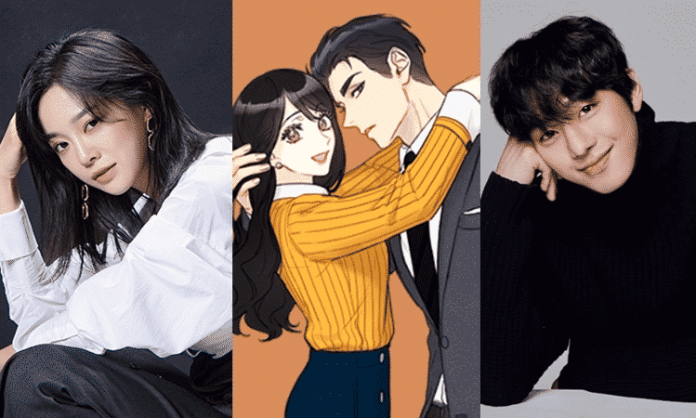 The upcoming SBS drama ‘A Business Proposal‘ is nearing release and promises to be a sweet and fun romantic comedy Kdrama, which will feature performances by Ahn Hyo Seop, Kim Min Kyu, Kim Sejeong, and Seol In Ah.

The drama, based on a webtoon of the same name released in 2018 by Hae Hwa, tells the story of an office worker who goes out blind with his company’s CEO but replaces a friend while hiding his identity.

In the drama, Ahn Hyo Seop will play the son of a third-generation chaebol named Kang Tae Mu. The story begins when Kang Tae Mu goes out blind with a woman.

Kim Sejeong plays Shin Ha Ri, a woman full of energy. Unfortunately, around Shin Ha Ri there are people who are more charming than she is, including her mother, brother, and friends. She has a normal office job, where one day her chaebol friend invites her on a blind date with the aim of rejecting the boy’s love. Jin Young Seo, Shin Ha Ri’s chaebol friend, is played by Seol In Ah.

Meanwhile, Jin Young Seo is the son of the president of the Marine Group. Due to its extraordinary charm, it is quite demanding when choosing a partner.

The production process for this drama will be watched by Kross Pictures and will be broadcast on SBS. A Business Proposal will begin filming this year and is scheduled to air in the first half of 2022. Let’s await the screening of the drama A Business Proposal!

Dexter: Will Jennifer Carpenter Return in The Series Revival?

“I Could Do a Little One,” Young Millie Bobby Brown Once...