Home Entertainment A British TV channel showed a movie with emojis during the queen’s... 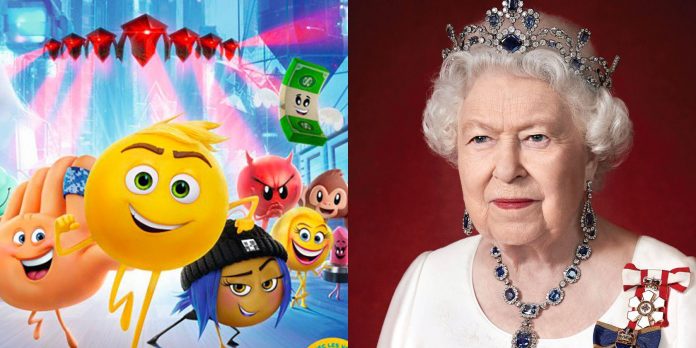 The channel broadcast several children’s films to give children the opportunity to watch, for example, the movie “Emoji” was followed by “Stuart Little”, “Ice Age: Dawn of the Dinosaurs” and “Sing”. The choice of programming was condemned, praised and ridiculed on social networks, with most users choosing the latter.

Twitter exploded with people expressing their surprise and surprise, and some users refused to restrain their sarcasm. However, some users took the issue a little more seriously, arguing that Channel 5 should have found another way to honor the memory of the royal family, which could be treated by children. Besides the fact that this channel decided to show a children’s film during one of the most significant historical events of the twenty-first century, the screening of the movie “Emoji” was a particularly fun choice.

The 2017 film is considered one of the worst films ever made, as it received a disgusting six percent rating on Rotten Tomatoes. The film is so bad that actor and director Jordan Peele said that he decided to leave the cinema solely because he received an offer to star in it. Ironically, the film became a box office hit with a large number of actors. The film earned a solid $217 million, and it starred such respected actors and comedians as Patrick Stewart, T.J. Miller, James Corden and Maya Rudolph. However, he still received the 2018 Razzie Awards in the category “Worst Picture of the Year”.

There is absolutely nothing wrong with giving young children a break from a gloomy, melancholic TV show. What is wrong is exposing children to such a bad movie. There are many cult children’s films to choose from that entertain and teach children useful moral values, for example, “The Lion King”, “Toy Story” and “Shrek”. Instead, they decided to broadcast the film, which Entertainment Weekly critic Darren Frenich compared to “a look into the existential abyss.” Depending on who you ask, some of these kids might be better off watching the funeral.

Channel 5 definitely has a lot to explain, but if someone at the station recently checked their Twitter, the message should be received loud and clear: if you’re going to show a children’s movie, just don’t turn on The Emoji. Movie.

The Emoji movie is available on Amazon Prime Video.

Loki: Mid-Season Trailer For The Series Shows The God In Trouble...