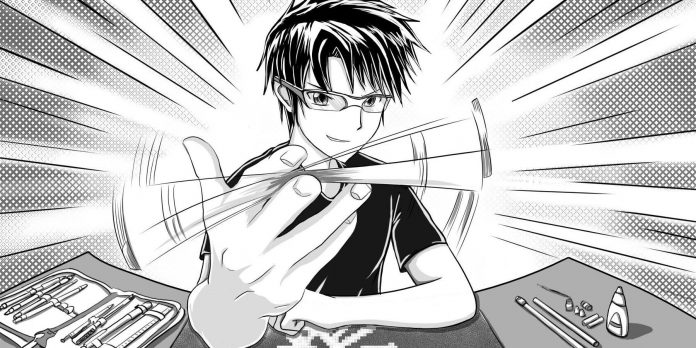 Doujinshi is a world that can be difficult to understand for anyone who is not Japanese and is not familiar with them. If you want, in order to learn dojinshi, you need a much steeper “learning curve” than to study manga. Their world is complicated, with special terms and rules — and not quite English-speaking.

We are here to help you take your first steps in the world of doujinshi and discover a whole new part of anime culture. We will introduce you to what dojinshi is, how they are made, and tell you a little about their culture in Japan. Finally, we’ll tell you what to expect when buying and reading doujinshi, and where you can buy your own to start getting into hobbies.

Let’s start slowly; if you’ve never heard the term “dojinshi” before, then it’s a Japanese word for fan-published printed works such as manga and novels. They are similar to fan fiction in that they are created by fans of existing works, changing stories, characters, settings and much more to their liking. What makes doujinshi special is that they are actually printed and sold in stores and markets and can make a profit, whereas fan fiction usually remains online and free.

That’s right, fans can really make money on doujinshi. The legal system in Japan related to these self-printed works is a bit complicated. According to Japanese law, dojinshi are considered 親告罪, or “shinkokuzai”, which means that they remain legal unless the copyright owner disputes them. Since doujinshi cannot even begin to compete with the revenue from licensed anime products, copyright holders tend to turn a blind eye to them. Some people in the manga industry even praise doujinshi as useful for the industry, as it allows amateur artists to practice and allows large publishing companies to recruit the best of them into their team.

In order to still not raise any red flags and not attract anyone’s attention that they don’t want, most doujinshi are only published in small quantities. This reduces the risk that they will earn too much money and thus exit the sphere of shinkokuzai. Because of this, doujinshi are often extremely limited: even the most popular ones range from a few hundred to a thousand. Getting these popular doujinshi is challenging in itself, and getting a copy gives fans a sense of achievement.

Many doujinshi artists belong to “circles”, which are groups of artists who work together to publish and sell their work. Some major artists also have their own personal circle, in which they are actually the only artists. Circles usually sell their work together at events in Japan, and some of the most famous circles have queues of hundreds of people to buy their very limited goods. Being part of a well—known circle in the community is the best way for aspiring artists to succeed in the world of doujinshi.

What to expect from doujinshi?

We have already said that doujinshi is very similar to fan fiction, but what exactly can you expect from reading doujinshi? Well, the most popular of them expand the stories of famous anime and games, exploring the relationships between characters, alternative choices and settings, and much more. There is a reputation for doujinshi as a highly pornographic genre, and this is not entirely true. Of course, there are many doujinshi that are acceptable for any audience to read, but many of them are also erotic. They are easily identified by the “17+” mark on the cover, and they are always sold sealed.

As in Western fan fiction, the most popular topic for doujinshi is the study of “ships” (short for “attitude”), especially those that are not in the canonical source material. Many doujinshi focus on LGBTQ+ relationships, the vast majority of which are yaoi, or boys’ love stories. The largest demographic group of clients of these doujinshi are young women. There are doujinshi who are not only about romance, but they are in the minority compared to those who are.

Where can I buy doujinshi?

It is not difficult to buy a dojinshi in Japan. If you are looking for the latest works of the hottest circles, Comiket is a huge market that takes place in Tokyo twice a year and gathers tens of thousands of fans. While cosplay is also appealing to some people, the main event of Comiket, literally shortened from “comic market”, is doujinshi. The biggest artists and circles sell their latest works on Comiket, and this is often their biggest profit during the year.

Small markets also take place throughout Japan throughout the year, which gives doujinshi artists the opportunity to sell their work. Many doujinshi are also resold after fans have finished with them, to second-hand stores, where another person can buy them again. These stores are the best places to find old anime and games, as well as great deals on popular fandoms.

Hugh Jackman Rules Out Being Wolverine in the Marvel Universe: “It’s...