Home Entertainment A 14-year-old teenager has died in a roller coaster accident, marking the... 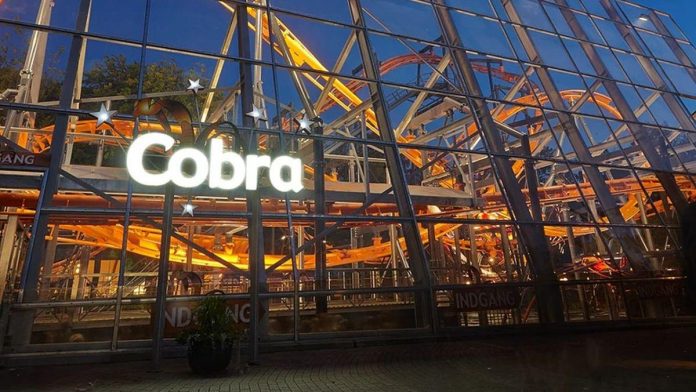 The exciting rides at the amusement park are designed to make riders feel in danger, but never put them at risk. Unfortunately, accidents happen, and sometimes these accidents can lead to a fatal outcome. A 14-year-old girl has died after a roller coaster car went off the track at an amusement park in Denmark. This is the second fatal accident at an amusement park this year.
The incident occurred at the Tivoli Friheden amusement park in Aarhus, Denmark. The park has been operating since 1958. The Cobra roller coaster, an inverted roller coaster with steel tracks, has been operating in the park since 2008. , the two rear seats of the train broke away from the rest of the car and hung under the train.
An investigation is currently underway into exactly what happened, and much is still unclear. What is known is that a 14-year-old girl from Copenhagen died in an accident, although we still do not know exactly how she died. A 13-year-old boy also received minor injuries. The park was evacuated after the accident and is currently closed.
The attraction is an inverted stand, so the riders hang on a Cobra under the track in a sitting position. The ride reaches speeds of over 40 mph and is 82 feet high, although the coaster reportedly stopped about 10 feet above the ground. Witnesses report hearing a “big bang” from the coaster when the accident occurred.
This is the second fatal accident at an amusement park this year. Back in March, another 14-year-old teenager died in Icon Park in Orlando after falling from a free-standing Free Fall tower in the park. In the end, it was found that the boy’s leash was adjusted manually, which increased the gap between the leash and the seat, so the guest was not properly secured.
The video of the accident itself was scattered on social networks. Perhaps for this reason, in a statement about this incident on the Tivoli Friheden website, guests who may have photos of this event are specifically asked not to share them on social networks.
Although accidents on amusement parks have certainly happened before, in fact they are extremely rare, so the fact that we have seen two such events leading to fatal consequences is surprising to say the least. Due to the potential danger, extreme measures are usually taken to ensure that the rides meet strict safety standards.
Most likely, we will learn more about what happened in Tivoli Friheden in the coming days and weeks. We offer our condolences to the family of the girl who died in this tragic accident.

Mr. Mime Is Stealing The Show In Pokémon Legends: Arceus

Mario Kart 8 Deluxe, Impressions Of The First Track Pass. At...