Home Sport 96-92. Murray leads the victory against the Celtics, who lose Walker 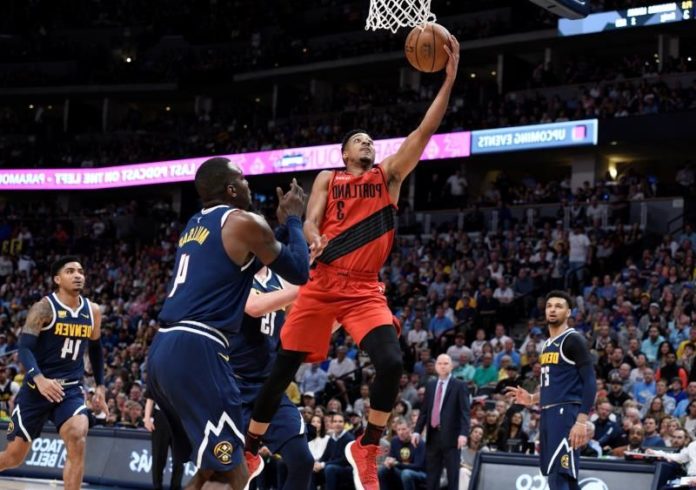 Jamal Murray contributed 22 , including two free throws with 1.5 seconds remaining, and led a list of four players with double-digit scoring in the triumph of the Denver Nuggets, which won the Boston Celtics 96-92.

The Nuggets improved to 8-0 this season when they have kept an opponent less than 100 points.

The game was overshadowed because the Celtics star player Kemba Walker injured his head.

Walker collided with his teammate Semi Ojeleye at the end of the second quarter, when he wanted to grab the ball and accidentally hit the abdominal area of ​​Ojeleye with the head, which caused him to immediately fall to the playing field, apparently already without control of his body .

The player grimaced in pain and remained on the ground for several minutes, while the medical staff of both teams attended to him.

His teammates gathered near him as did the Nuggets players, clearly concerned about his health.

After the doctors placed an orthopedic device around his neck to stabilize the area, he was tied to a stretcher and taken out of the field in front of a crowd that was silent all the time.

In a tweet, the Celtics said Walker was diagnosed with symptoms similar to a concussion and was taken to a hospital for further evaluation.

Walker, the top scorer for the Celtics, had three assists and a pair of steals before leaving the game.

For the Nuggets, Nikola Jokic got triple-double 18 points, 16 rebounds and 10 assists, while Will Barton scored 15.

On the other hand the Spanish player Juan Hernangómez got two goals in 18 minutes of play. Hernangómez made 1 of 3 field shots.

The Celtics had Jaylen Brown as their best scorer with double-double 22 points and 10 rebounds.

Jayson Tatum had 16 points and Marcus Smart got 15 for the Boston team.