Home Sport 92-93. Siakam, Marc Gasol and Ibaka recover the winning path of the... 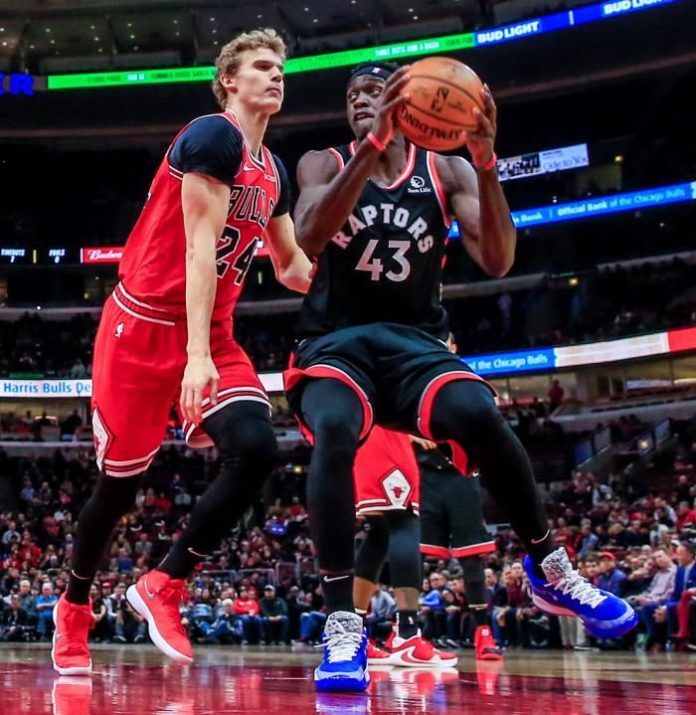 Cameroonian power forward Pascal Siakam regained his status as leader and with 22 points, six rebounds and a cap was responsible for directing the attack of the Toronto Raptors who arrived at United Center and won the Bulls of 92-93 Chicago

The Raptors, defending NBA champions, ended a streak of three consecutive losses, the worst they had had since November 2018, in addition to beating the Bulls for the eleventh time in a row.

The guard-forward Norman Powell contributed 17 points, including six achieved in the fourth period, as the second top scorer of the Raptors, who preserved the advantage that ultimately assured them the victory they needed so much.

Another escort, Zach LaVine had the opportunity to have achieved the victory when he made the last shot to basket in the last seconds.

Another of the key elements in the victory of the Raptors was the Spanish center Marc Gasol who regained his status as a complete player. In the 29 minutes he played he contributed nine points, nine rebounds – six defensive -, five assists, four blocks, recovered two balls, lost one and committed four personnel.

While the Spanish power forward of Congolese origin Serge Ibaka played 19 minutes as a reserve, and was decisive in the inner game by becoming the leader with a double-double of 11 points and 14 rebounds, including eight defenders.

Ibaka scored 3 of 11 field shots, including 1 of 1 triples, and 4-4 from the personnel line, plus one assist and two turnovers.

Base Kyle Lowry scored 11 points in his third game after losing 11 in a row due to a fractured thumb of his left hand.

Lowry, five times elected to the All-Star Game, hit one of eight triples, and the Raptors got seven out of 29.

The base Fred VanVleet, of the Raptors, missed the match by a blow to the right knee.

The Raptors, defending NBA champions, ended a three-game losing streak, the worst they had had since November 2018. They beat Chicago for the eleventh time in a row.

LaVine scored 20 points for the Bulls, all in the first half. The pivot Wendell Carter Jr. reached 14 points as the second top scorer of the Chicago team, who scored just 12 triples of 46 attempts and suffered the sixth consecutive loss in the last eight games played.

It is reported that Tom Brady is still plagued by personal...