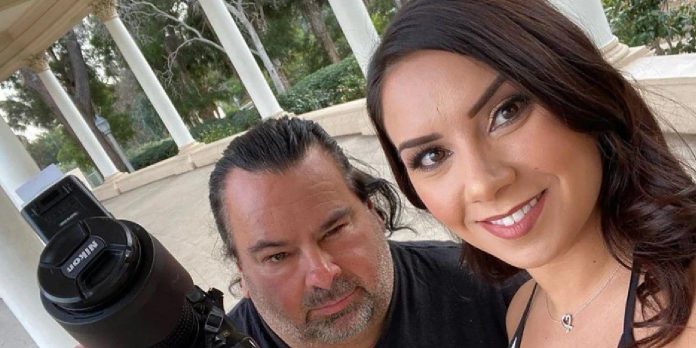 The infamous Big Ed Brown from “The 90-day Groom” looked very different when he was young in a new retro photo with his daughter Tiffany Brown. The controversial Big Ed became part of the TLC franchise in season 4 of “90 Day Fiancé: Before the 90 Days”. Big Ed, a photographer from San Diego, was 54 years old when he met 23-year-old Rosemary Vega from the Philippines online. Big Ed showed his true colors when he visited Rose and her family in her country. Fans began to sympathize with Rose after they saw how Big Ed humiliated her by lying or making fun of her body hair and health problems.

Nevertheless, Big Ed, though controversial, turned out to be interesting enough for TLC to pull it off in several spin-offs. Big Ed became a viral internet sensation, which may have established his status as an artist, but fans signed petitions to remove Big Ed from the 90 Day Fiancé franchise. After Big Ed and Rose broke up in the series, he got a role in the movie “90 Day: The Single Life”, in which he began dating Liz Woods, also a younger woman who was a single mother. Presumably, Big Ed broke up with Liz eight times via text messages at some point in their relationship, but after a break got back together to conclude a spontaneous engagement.

Big Ed wanted to be the best version of himself, and maybe the fans will be the judges when he returns to TLC in 90 Day Fiancé: Happily Ever After? Season 7 with restaurant manager Liz. But until then, Big Ed has been sharing snippets of his life on social media that his followers seem to like. In his recent Instagram story, Big Ed surprised his fans by posting a really old photo of his heyday. In the photo, Big Ed was wearing only biker shorts as he rode his bike with his then-baby Tiffany. The star of the controversial franchise Big Ed waves to the photographer in the picture, and Tiffany, wearing the same sunglasses as her father, looks at her. “When Tiffany was 3 years old, lol…!” wrote Big Ed as a caption to an old photo.

As fans know, Big Ed’s daughter Tiffany is 31 years old, she works in the field of personal care and fitness, as well as real estate and business development. On the show, Big Ed said that he and his daughter were “two peas in a pod.” Big Ed’s marriage to his ex-wife Sandra Heckman lasted only two years, and they divorced in January 1992. Big Ed thinks his daughter is as stubborn as he is. They quarreled when Big Ed flew to the Philippines to propose to Rose, who is six years younger than Tiffany. The father-daughter duo seems to have reconciled because he was afraid of losing her.

But Tiffany also didn’t like the star of Liz’s 90-day fiance. According to Tiffany, Liz looked older than her and was “harsh”. Tiffany insultingly suggested that Liz take Botox, as it works wonders. Big Ed revealed during the 2nd season of the show “Lonely Life” that his family never agreed to appear at the reunion because they were against his relationship with Liz. Even Ed’s mother left the house where Big Ed was looking after her when Liz moved in. Rumor has it that Big Ed and Liz will get married in August before the return of their franchise. Big Ed and Tiffany are not subscribed to each other on Instagram, which suggests that their relationship has not yet improved. But the fact that he shared this sweet memory may mean that the star of the TV series “90-day groom” Big Ed is trying to reunite with Tiffany.