Home Entertainment 90-day fiance: what Juliana did after her divorce from Michael 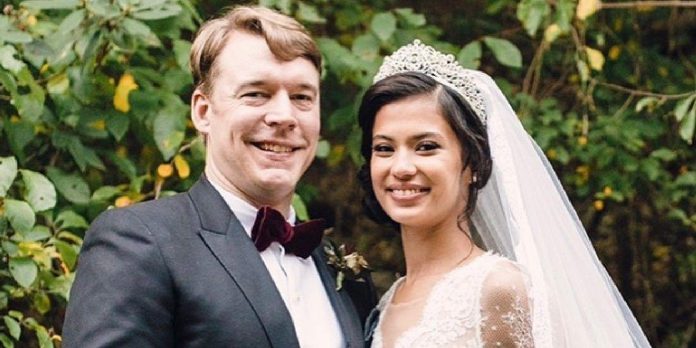 A lot has happened in the life of Juliana Custodio, a graduate of the 90-day groom, since she announced her divorce from her husband Michael Jessen. The season 7 couple, Michael and Juliana, were an ambiguous couple due to the large age difference. Juliana, who was 23 years old in the series, was accused of marrying 42-year-old Michael for money and a green card. Although it was love at first sight for Michael when he met Juliana on a yacht in Croatia, her first three months in America (after the K-1 visa was issued) were marked by some big problems, including signing a prenuptial agreement and his close friendship with his ex-wife Sarah Naso.

Surprisingly, Juliana became very close to Sarah, and the woman also hosted Michael and Juliana’s wedding, which took place in October 2019. The couple lived together in Connecticut with Sarah, her husband Sean Naso and Michael’s two children with Sarah. charming Max and Cece. Fans watched the mixed-race family having fun on Instagram during the lockdown in 2020. However, when Michael announced his breakup with Juliana, shortly before their second wedding anniversary, he said it was because of the pandemic, in a deleted post. Michael made it clear that Juliana left quickly and found someone new. In her post, Juliana thanked Michael for the warm memories. However, in the end she also admitted that her life situation made her feel like a maid.

Juliana, whom many fans on the Internet called a gold digger, noted that she helps Michael and his family financially. She stated that she had given up a promising career in Europe to marry him. A month passed, and Juliana, who had already left Connecticut to settle in Germany, announced that she was pregnant, and showed her new boyfriend Ben Obscura. In January, Juliana was accused of kissing Sarah’s husband Sean at a party in September 2021, before she broke up with Michael. It was alleged that Juliana announced her pregnancy after Michael asked her to give another chance in their marriage. Apparently, according to Sarah, the father of Juliana’s child was her husband Sean, not her new boyfriend Ben.

Juliana managed to keep sharing happy pregnancy news on Instagram while facing these terrible accusations against her character and her unborn child. Juliana filed for divorce from Michael on Valentine’s Day, and the divorce was finalized on May 19. Two months later, on July 19, Juliana announced that she and Ben had a baby boy. Juliana named her son Benjamin James Louis. Juliana made an announcement and posted a series of photos with the baby, including one of her feeding baby Benjamin in a hospital bed. TLC celebrity Juliana said that becoming a mother has always been her biggest dream, and shared details about the birth of a child, for example, about his weight, which was 4280 kg. She also said she gave birth without an epidural.

It’s not just Juliana’s personal life that has been thriving since she got out of the 90-day fiance. On the professional front, Juliana is an excellent model. The Goiana native has appeared on the covers of three versions of ELLE magazine, and fans often come across photos of Juliana while shopping on their favorite websites. Juliana wants to get back to work as soon as possible. Nevertheless, her statements that she was looking forward to resuming her modeling performances were perceived by some viewers of the 90-day groom as bad form. Nevertheless, the reality TV star Juliana will certainly be a great mom for Benjamin and a great wife for Ben, judging by what her fans have learned about her over the past few months.

She-Hulk: Bruce Banner is Back in Photo From The Series Set