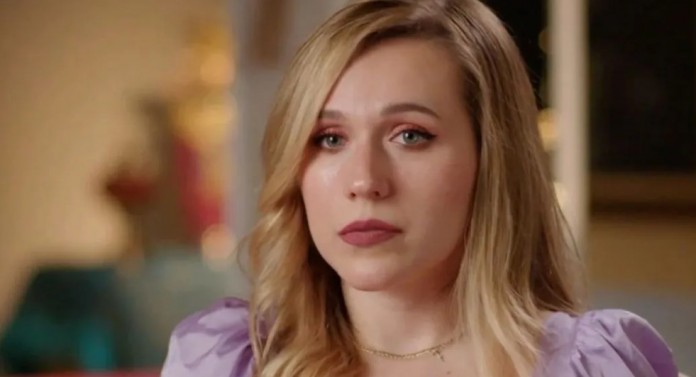 90 Day Fiancé: Before the 90 Days, the fan-favorite reality show, returned to its screens via the Discovery + streaming platform with its fifth season on Sunday, December 12, officially introducing viewers to the new couples of this installment.

The cast of season 5 of 90 Day Fiencé is made up of seven new couples, who were promoted before the premiere. Among the newcomers to the show, there is a duo who have a different story than the others. They are Alina and Caleb, who have known each other since teenagers, distinguishing themselves from the rest of the stars as most are connecting for the first time through international dating sites.

In addition to coming up with a different story, Alina, who is 27 years old, is the first little person to be included in the 90 Day Fiancé franchise. She lives in Saint Petersburg, Russia, while her boyfriend is of American origin and the program will show her ups and downs in the relationship while they are immersed in the world of dating.

Although Alina and Caleb have known each other for a long time, when they connected in an international chat room, their meeting never happened. However, as the years passed, they communicated again and now they feel that they are determined to establish something more than a simple friendship, according to 90 Day Fiancé, and therefore they plan to meet in Turkey for the first time.

The truth is that Alina is the only member of the cast of 90 Day Fiancé with a medical condition known as diastrophic dysplasia. It was during the premiere episode last Sunday that the reality show’s new star addressed her short stature. This was explained by Alina during the series about her condition:

“It’s a form of dwarfism. It’s rare and affects everyone differently. For a child to be born with this type of dwarfism, both parents must be carriers of the gene. It can affect your joints and, of course, your height. My hands and my feet look quite different too, but I don’t think disability is a problem. In many areas of my life, I try to do everything, really. ”

Alina is one of the new members of the cast of season 5 of 90 Day Fiancé: Before the 90 Days, which presents a rare physical condition

Despite being physically different from the rest of the cast members of season 5 of 90 Day Fiancé: Before the 90 Days, Alina claims that she does not allow her condition to stop her as long as she makes herself feel quite comfortable with her body and therefore does not suffers from any kind of complexes. This she added during the show:

“I am quite comfortable in my body. I’ve already accepted the fact that I don’t look like others and I’m just trying to do what I have. But there are things that are difficult to do. With my hands, it’s a bit difficult to do some things because my fingers don’t really bend. I can’t walk much. So I use a wheelchair for longer distances ”.

The truth is that fortunately her parents and her sister constantly motivate her. Due to her upset, it is their concern as they are not so thrilled with the idea of ​​Alina traveling to Turkey to meet a man she has never met in person. In fact, the 90 Day Fiancé star revealed that her friend Elijah could accompany her on her journey to help her with whatever she needs.

Meredith Vieira denies potential return of “The View”: “Sounds like a...