Home Entertainment 9 unpopular Opinions about penguin, according to Reddit 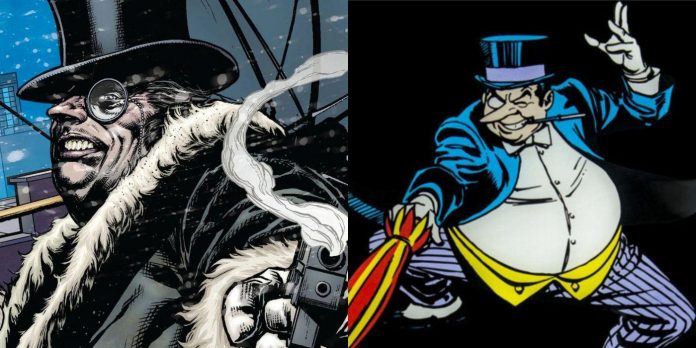 The first look at the CW’s Gotham Knights was recently released, and just a few days ago, the very first issue of the new comic book series Young Justice: Targets was released, making this an exciting time for a DC Comics fan. Both of these series will feature famous DC villains.

Good villains are one of the most important elements of any story, and Batman comics constantly create many infamous and iconic villains. The Penguin is one of those famous Batman villains, and although he is usually praised as a complex and interesting character, some Reddit users have extremely unpopular opinions about him.

Penguin, one of Batman’s oldest villains, has an incredibly rich history. Oswald Cobblepot first appears in detective comic #58 in 1941, trying to steal the Emerald Penguin. After Batman and Robin thwarted the Penguin, the Penguin continues to appear in Batman comics to fight the two heroes.

Some DC fans think Penguin is incredibly underrated. One redditor says: “The Penguin is an underrated Batman villain… He’s a great game villain, and Gotham has such a wonderful character, how wonderful they treat his mental health. But no one ever talks about him when they don’t talk about him. games”. Although it may be true that the Penguin sometimes does not stand out, the opinion that he is underestimated is rare. In fact, the Penguin is a very popular villain who has been filmed several times in films and shows, the last time he appeared in Robert Pattinson’s Batman movie.

He’s scarier than the Joker

The mysterious, psychopathic and clinically insane Joker is one of the greatest villains of all time. He’s just a classic villain; it’s hard to discuss Batman without mentioning the Joker, who is by far Batman’s best villain. However, some Reddit users disagree with this, claiming that the Penguin is better and much scarier than the Joker.

Redditor runnerofshadows writes: “The Joker can kill you or hurt you for [laughs], but the Penguin has to be the most vicious and vindictive bastard in Gotham.” The penguin may be scary in its own way, but almost no one can compare with the Joker, whose name alone instills fear in every heart of Gotham. Despite the fact that the Penguin has done terrible things, the Joker is still a much more disturbing and terrifying villain.

He’s the only sane Batman villain

Most of Batman’s famous villains have serious mental problems, so serious that there is a special place where he sends his enemies when appropriate — the famous Arkham Asylum. Many of Batman’s opponents have served time in Arkham, and Penguin is no exception. However, one Redditor claims that the Penguin is actually the only one of Batman’s enemies who is not insane.

Redditor TheRiff says: “For me, the Penguin is the only Batman villain who is really just a criminal and doesn’t suffer from some kind of extreme insanity. Without that, he doesn’t stand out as much as he deserves.” Although it is true that the Penguin does not stand out among Batman’s villains in some way, he is definitely not mentally stable, as there are many moments when he gets into a rage and emotionally and psychologically manipulates those who are less powerful than him.

Batman comics are known for creating such supervillains as the Joker, the Riddler and the classic Catwoman. Although the Penguin is certainly a very famous character in itself, sometimes he does not stand out in the group of cult villains. At the same time, some Redditors claim that he is actually the greatest Batman villain of all time.

User OldHob writes: “The Penguin is Batman’s greatest villain for the simple reason that he is the meanest. He is not crazy, he is not super-strong, he is not endowed with any real all-consuming mania or fixation.” While people appreciate Penguin, most agree that the Joker is the greatest Batman villain of all time, with his near—inability to empathize and terrifying backstory.

As one of the greatest detectives of all time, Batman is compared to many other detectives, including the brilliant Sherlock Holmes. When discussing the similarities between Batman and Sherlock, the inevitable question arises as to who Batman’s Moriarty is. Most DC fans would say the Joker is his Moriarty, but some disagree.

Redditor CIN726 writes: “People often compare “Moriarty” to the Joker and Ra’s al Ghul, but in fact I think this is most applicable to the Penguin. He is a spider who controls the web of the Gotham underworld, pulling all the threads.. He’s a threat not only to Batman, but also to Bruce Wayne, so in that sense he’s an all-encompassing villain.” This argument is valid, but nevertheless it is unpopular, since the villain that comes to mind when the term “Batman’s greatest enemy” is the Joker, not the Penguin.