Home News 9 Most Searched Movies on Google in 2020 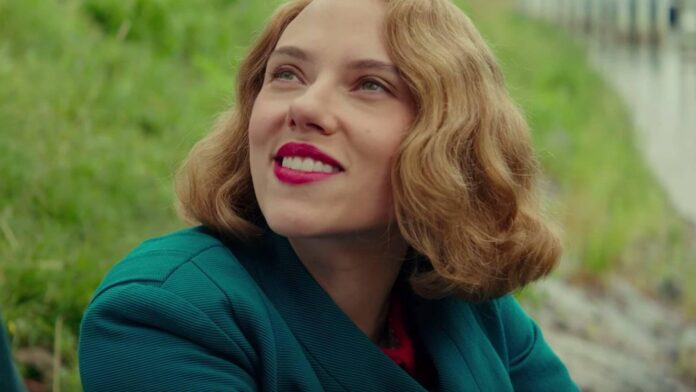 In general, searches made through Google and similar search engines show the most popular agenda topics of that year and the results are expected to be the most up-to-date news of that year. However, the Google statistics for 2020, which are about everything related to this year, are also quite interesting. The films in the list of the most searched movies on Google in 2020 reveal what we have experienced throughout the year.

The most searched movies on Google in 2020:

South Korean Bong Joon-Ho is the director and screenwriter of the 2019 movie Parasite. The film, which received the Golden Palm Award at the Cannes Film Festival in 2019, went down in history as the first Korean film to receive this award and the second unanimously awarded film after La Vie d’Adèle. Parasite, which successfully reflects the conflict between the classes internationally, was also nominated for Best International Feature Film from South Korea at the 92nd Academy Awards.

The 1917 movie, which was released in the first month of 2020, is considered by many critics as one of the best films about the First World War ever made. The biggest reason why the movie is so impressive and curious by the audience is that it has a script adapted from real events. The film tells the story of transmitting a message that will save the lives of hundreds of soldiers on April 6, 1917.

In addition to being the first Marvel movie with a black hero in the lead role, the movie Black Panther attracted attention with its great success at the box office. The reason why the movie, which was released in 2018, entered the list of the most searched movies on Google in 2020, is that the leading role of the movie, Chadwick Boseman, died on 28 August 2020. The death of Boseman, who died at a very young age, mourned not only his fans, but the whole world.

Contagion, which became popular with the coronavirus epidemic:

The reason why the thriller Contagion movie, which was released in 2011, entered the list of the most searched movies on Google in 2020, is the incredible similarity between the story of the deadly virus outbreak and the COVID – 19 pandemic we live in. In fact, the similarity is so great that it has been the focus of conspiracy theories by many. Written by Scott Z. Burns and directed by Steven Soderbergh, the film features many famous actors.

Tenet tells about time travel in a completely different way:

Written and directed by master director Christopher Nolan, Tenet was released in August 2020. Having entered the vision at a time when the interest in movie theaters was greatly reduced due to the pandemic, Tenet, despite everything, earned $ 53 million in revenue on its first weekend. In the movie; An action-packed adventure is told when our hero, who tries to save the world from a great destruction, bends the time as we know it.

Published on Netflix in September 2020, Enola Holmes sheds light on the family life of the beloved British detective Sherlock Holmes. The lead role of the film, Sherlock Holmes’ sister Enola Holmes, is played by Millie Bobby Brown, who made her name in the TV series Stranger Things. The famous detective Sherlock Holmes is played by Henry Cavill, who is identified with the character of Superman, and Helena Bonham Carter plays Eudoria Holmes. The film, which attracts attention with its actors, is based on Nancy Springer’s book series of the same name.

Harley Quinn: Birds of Prey, which was released in February 2020, is the eighth movie of DC Extended Universe. The name of the movie, which is expected to be a solo movie of the popular character Harley Quinn in the 2016 movie Suicide Squad, was first announced as Birds of Prey. Later, the full name of the film was officially named Birds of Prey (And The Fantabulous Emancipation of One Harley Quinn) with a humorous language. Perhaps the biggest reason for the film to enter the list of the most searched movies on Google in 2020 is the curiosity about what its name will be.

The movie Mulan, which was released in March 2020, is a remake of the 1998 animated movie Mulan. The film, which was shot with a big production, did not get what it was expecting at the box office and even received many negative reviews. The biggest reason for the negative criticism must be that people who watched Mulan in his childhood could not get warm to this movie. The film is generally criticized for bringing visuality to the forefront, but for the story and characters being empty.

Based on the novel Caging Skies by author Christine Leunens, Jojo Rabbit was released in January 2020 in our country. The film, which won the Grolsch People’s Choice award at the 44th Toronto International Film Festival, depicts the entire Nazi world, especially Adolf Hitler, in a successful parody language. Jojo Rabbit, nominated for many different awards in many different organizations; Jojo, a member of the Hitler Youth, is about his confrontation with his imaginary friend Adolf Hitler, who is much different than we know.

Unlike other years, not all of the movies that were most searched on Google in 2020 were movies released in the same year. The pandemic process we live in, the loss of popular actors and many other emotional situations are reflected in people’s movie tastes and internet searches. Who knows which movies will be the most searched for in the coming years.

Zack Snyder version of the Justice League movie will be released...