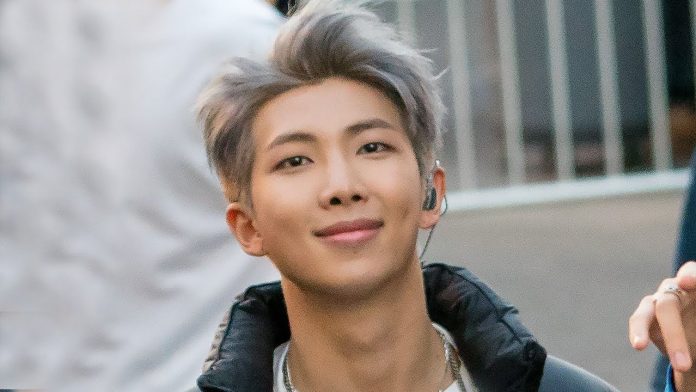 Namjoon is considered one of the most professional leaders in the business, but the guys at BTS have tried his patience many times.

BTS’s RM is one of the geniuses behind the K-pop band, the K-pop rapper wowed ARMY with his enormous patience in dealing with some hilarious circumstances that were brought up on stage and in front of cameras.

Namjoon won the title of leader of Bangtan Sonyeondan due to his musical talents, fearless personality, constant work, and other elements that an idol must have to hold such an important position.

RM has several activities in addition to protecting BTS members , creates music, seeks inspiration from works of art, goes out to various galleries, agrees to collaborations with international artists, and must maintain the union in the group .

Being a leader of a K-pop band is not an easy task, nor is it an easy task, especially for a project as large and demanding as BTS , there are good moments and others that need a lot of analysis to get the best out of the situation .

Next, we will show you the 9 moments where each of the singers and rappers of ‘Dynamite’ put RM’s great patience to the test , some will make you laugh and others reflect on the work of the interpreter of ‘Tokio’.

Jimin VS a seat

Jimin’s personality is funny and curious, during an awards ceremony the singer sat in a unique way on an armchair, RM only saw the idol with a serious face and did not say anything.

RM is an expert in English, he speaks the language fluently, in interviews with international media the boys feel more confident to interact when Namjoon helps them understand the questions.

The boys of BTS are very elegant and formal during the awards ceremonies, the closing of the Golden Disk Awards 2019 ceremony was epic, they dismissed the event with a party moment, RM only saw the boys and let them live their moment.

On one occasion, J-Hope prepared meat for BTS , RM wanted the rapper to serve him some, but Hoseok was distracted by other things and Namjoon had to wait for the dish.

When RM does a live broadcast, it is almost a tradition that one of the BTS members comes to visit him unexpectedly, he reacts in the most adorable way.

When all the members of BTS get together there is usually a bit of chaos, on one occasion the idols stained RM’s white sweatshirt , he only saw his fellow members and kept chatting with them.

The boys of BTS show their love to their leader with squeezes of cheeks and tender hugs, Namjoon is limited to receiving the affection of singers and rappers with serious faces.

Namjoon wakes up earlier than the other boys in the group, when he picks up Jimin he usually shows all his tenderness and great patience.