Home Entertainment 9 Memes That Perfectly Describe Wolverine as a Character 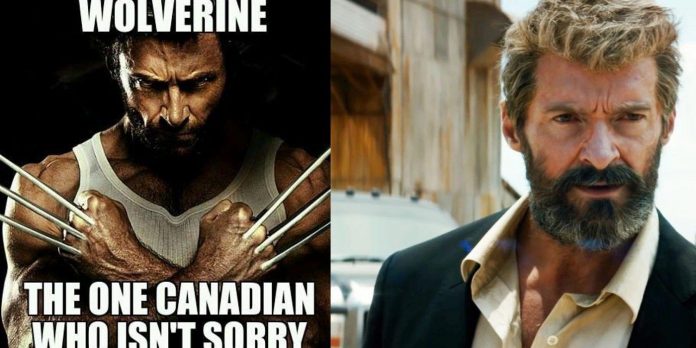 With news last month of Taron Egerton confirming a meeting with Marvel Studios, many speculate that the role they have discussed is the Wolverine. Of course, the Welsh actor became a fan-favorite casting as the clawed X-Men, once played by Hugh Jackman. With the Wolverine possibly entering the MCU sometime soon, many fans have been recounting his best moments and most iconic lines in his previous movies.

Though fans are holding up for Jackman to reprise his role one more time by debuting in the MCU, Wolverine still had several movies to shine and develop as a character when he was part of the X-Men. His no-nonsense personality has landed him in tricky situations before, which results in some hilarious reactions and memes from fans.

While the X-Men movies vary in both cast of characters and plot, there’s usually one recurring theme running through them all. That theme tends to be the conflict between Wolverine and Magneto, specifically Wolverine always find a way to fight Magneto.

RELATED: 9 Memes That Perfectly Sum Up Jean Grey As A Character

Wolverine has a complicated history with Magneto, and there’s even a scene in the later movies where Magneto, as Erik, tries to recruit Wolverine with Charles Xavier, and Logan tells them where to go. It seems that Wolverine’s entire character is based off his multiple fights with Magneto, and no matter how hard he tries to avoid it, he always ends up in a fight with him someway or another.

Wolverine And Jean (And Scott)

One of the long-running jokes and relationships throughout the X-Men movie franchise is Logan’s love for Jean. The complicating matter is that Jean and Scott are married, yet Logan continues to pursue Jean. But the marriage hasn’t always been easy for Jean and Scott.

Nevertheless, Scott has noticed that Logan seems particularly interested in his wife, which requires him having to put a barrier between them. In Logan’s mind, he views Jean as his, or rather as the meme suggests, ‘our’ girlfriend. If there’s one consistent thing in the X-Men movies, it’s going to be Jean and Logan’s near romance.

It was revealed in Logan that Wolverine has a biological daughter, X-23, better known as Laura Howlett. The fan favorite movie Logan follows them in the future as they try to make their way to the mutant haven known as Eden. In the end, Logan dies in an attempt to fight off the enemy, a scene that long-time fans were dreading.

With the confirmation of the multiverse existing in the MCU, some fans are left wondering if there’s a universe out there where Logan is still alive and missing his daughter. The two ended up growing close through their fight to survive, with Laura viewing Logan as her father. If there is a multiverse out there where Logan is alive, fans can only assume that he’s missing Laura like she’s missing him.

As previously mentioned, Wolverine is one of the more assertive and aggressive characters in the X-Men franchise. He doesn’t take any attitude from anyone and there are several scenes of him telling people to leave him alone or starting fights.

RELATED: Every X-Men Movie So Far, Ranked According to IMDb

Technically, Wolverine is from Canada and was born in Alberta. Fans have noticed the funny contrast of this, given that Canadians are often perceived to be polite and over apologetic, and Wolverine couldn’t be further from this type of personality.

As previously mentioned, Wolverine seems to always find himself in a fight with Magento. But it never really ends well, given Wolverine’s genetic makeup. Magneto and Wolverine rarely worked together well as teammates, despite both being X-Men.

Wolverine’s bones are made from metal, and given that Magneto has the ability to control and bend metal, it’s no surprise that he usually has the upper hand in fights. It’s even funnier when fans realized that this is a recurring theme. Wolverine always tries to fight Magneto despite the obvious advantage Magneto has and always acts surprised when Magneto can control him and his bones with ease.

Given his regeneration ability, some viewers believe that he would have survived the snap and found a way to kill him quicker than the Avengers. As the meme suggests, Thanos would be left confused and continually snapping his fingers, all while Wolverine would keep regenerating and surviving.

Logan Versus X-24 Versus Bullet

In the final fight scene in Logan, fans see Wolverine desperately trying to fight off X-24, a perfect clone of himself. Despite all of X-24’s best attempts, it seems that Logan is winning the fight until X-24 impales Logan with a tree stump.

RELATED: 10 Memes That Perfectly Sum Up Magneto As A Character

Despite Logan’s best efforts, he’s unable to kill X-24. In his entire career as an X-Men in the movies, he’s never met someone he couldn’t defeat before, which is what makes the entire fight much more difficult to watch. In the end, it’s not Logan who kills X-24, but it’s Laura with an adamantium bullet that Logan had kept with him for years. Fans have found humor in the tragedy, making light of the fact that Wolverine couldn’t kill X-24 while it was a simple bullet that did.

Wolverine is probably the last person on earth who needs protecting by someone else  since he’s proven time and time again that he’s capable of taking care of himself. However, there’s one person who always defends him, no matter what. That person is Jean, whose quotes prove her as one of the strongest X-Men.

Even against her own boyfriend, Jean always has Wolverine’s back and is always willing to do whatever she needs to help him. It conjures a pretty funny image to fans, given that Wolverine is superhuman, yet he still relies on Jean for help when he needs it.

Fans have noticed the hilarious difference between Wolverine’s timeline appearance. Technically, according to canon, the image on the left is Wolverine in the ’70s, and the image on the right is him in the early 2000s. However, they filmed these two scenes for two different movies, almost a decade apart, hence the reason he looks younger in the shot that’s supposed to be later.

Regardless of shooting schedules and difference in time in filming, viewers have noted that when watching the X-Men movies in canon order, it looks like Wolverine is aging backwards, hence the name Wolverine Button, much like Benjamin Button who ages backwards. It’s a pretty funny thing to notice and definitely makes the filming difference more obvious when watching these movies in canon order versus release order.

90-day fiance: Miona claims to have earned 20 thousand dollars in...