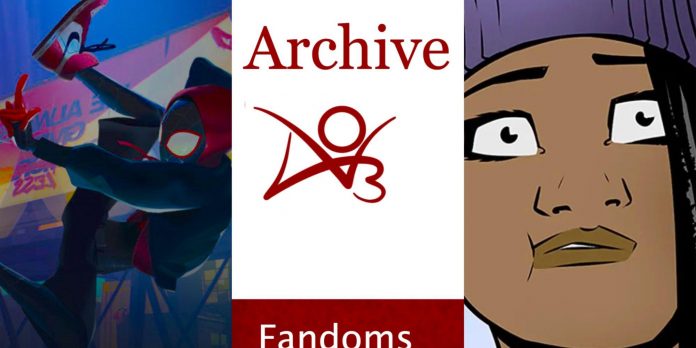 The Batman, Doctor Strange in the Multiverse of Madness, and Thor: Love and Thunder are all among the ten highest-grossing films of 2022, but comic book movies have been the biggest cinematic blockbusters for more than a decade now. That popularity has led to renewed interest in comics.

For many fans who wish to get into comics, however, it can be a daunting task, between decades of continuity and the expense of buying comic books in the first place. Luckily these websites allow readers free access to comics both classic and contemporary.

The easiest way to explain the website/app Webtoon for non-users is that it’s like YouTube for comics. While free to any and all users, and allowing for accounts to follow favored creations, there is a paid tier, as well as advertisements on the free site. Some of this revenue is shared with creators, although also like YouTube, it’s lucrative for only the most popular creators.

The most well-known indie webcomic from the site is probably Lore Olympus, which retells the myth of Persephone and Hades in a modern setting. Not only did it win an Eisner Award (a first for a Webtoon work), but it’s also received a trade paperback release. The website’s massive user base means that the comics offered are so diverse that every viewer can find something to enjoy.

Archive of Our Own

Also known as “AO3,” the website Archive of Our Own is a haven for fan-created works, not only boasting a massive collection of fan fiction but also artwork, and, most importantly, comics. AO3 is a place for those who wish to express their fandom in art.

Star Wars has inspired amazing fan art, for example, and one of a plethora of great Star Wars fan comics on the site is Our New Hope, which imagines an alternate universe where Ahsoka Tano trains Luke Skywalker. But that’s just one example; pretty much any popular media franchise has fan comics on the site. For those who want a deep-dive “What if…?” of their favorite universe, this is a great stop.

Nearly all of the best comic-book debuts in the Golden Age, like Batman, are still protected by copyright. However, because comic books were a booming business during that time, there were hundreds of comic books published between the 1930s and 1950s, many of which didn’t have their copyright renewed.

Those can all be found on Comic Book Plus, a donor-supported website dedicated to preserving all comics now out of copyright. Viewing works on the website is free, but if a user has an account, they can download the scans in .cbz format. With over 40,000 books and high-quality images, Comic Book Plus offers the public-domain work of pioneers like Jack Kirby, Al Williamson, John Prentice, and countless others.

A hosting website designed to help creators build a comic-hosting site with ease and for free, ComicFury also catalogs webcomics created using its tools. It acts as both a cataloger for those looking for comics as well as a handy resource for those looking to create their own portfolio outside of the major comics websites and perhaps launch the next best indie comic series of all time.

ComicFury’s nature as a host means that those who create under its umbrella are generating all kinds of content for people to enjoy, from different styles and genres. On top of this, the general website hosts a forum for fan posts independent of the comics themselves, giving it a real nostalgic ’90s and ’00s feeling missing from mainstream websites, where the commenting is streamlined and tied to content.

The Internet Archive is perhaps most widely known for its mission of providing archived versions of the Internet for the reference of all visitors to the site. It also, however, aims to act as a digital library, and it is as part of that mission that its Comic Books and Graphic Novels repository exists.

Near the top of its nearly 90,000 results is a collection of the early adventures of Captain Marvel, who shares the name with Marvel’s character but now goes by Shazam under his DC stories to avoid trademark infringement. Like Comic Book Plus, Internet Archive helps keep a record of comics history, and does so along with its other goals. It’s less geared toward comics than Comic Book Plus, but its collection is larger.

DeviantArt specializes not in comics, but in art in general, whether based on a pre-existing franchise or on an original concept of the artist. While incredibly welcoming and intuitive for visitors to use, DeviantArt also acts as a kind of digital gallery for artists to show off their work.

The website’s community-oriented design is what makes it a great stop for artists who not only want to post their comics, but interact with fans and other creators as well. For anyone who wants to find comics on the site in particular, however, the best place to start is the convenient Comics page devoted to this very topic. Fan works are more popular than originals on the main page, but not totally dominant on the site.

An up-and-comer in comparison to Webtoon and Archive of Our Own, Arkhaven boasts nearly 8 million views to the website since it was launched, a respectable number that will no doubt continue to grow as long as the site remains active with compelling creators.

View counts vary between tens and thousands, depending on the comic, but lack of popularity isn’t always a marker of lower quality. Like most other user/creator-oriented comics websites, it’s built around engagement with the material. There are also preview images of each comic or comic installment that give viewers an excellent glimpse into what the style, and often the tone, of the comic involves.

There’s one massive advantage to Epico when it comes to creators connecting with readers, and vice versa: Epico Comics is dedicated to helping creators make their comics available in many languages, which also means it’s instantly accessible for non-English readers around the world. More stories being available to more people is always worth celebrating.

It’s also very welcoming for new users, allowing for navigation between genres and other possible filters right on the front page, making it easy for anyone to find a story that fits with their interests. Epico currently boasts a dozen LGBTQ+ comics alone, but there’s always room for more if readers wish to become artists themselves.

For 12 years now, Digital Comic Museum has provided access to public-domain Golden Age comics, a mission that led to Screen Rant doing a full write-up on the site back in 2020. It’s very similar to Comic Book Plus, except a free account is required before access to the full books is granted, whereas on CBP viewing doesn’t require an account.

DCM’s archives are also likewise maintained by fans with access to the originals who can provide the scans to begin with. For those interested in comics history and who wish to take a look back, but can’t find a comic book on Comic Book Plus, DCM is an excellent secondary resource. It’s the privilege of seeing these historical pop-culture documents, though, which is the real treat.

Bungie Will Assist In The Development Of Future PlayStation Games As...