Home News 9 benefits of green tea, proving that it is a miracle of... 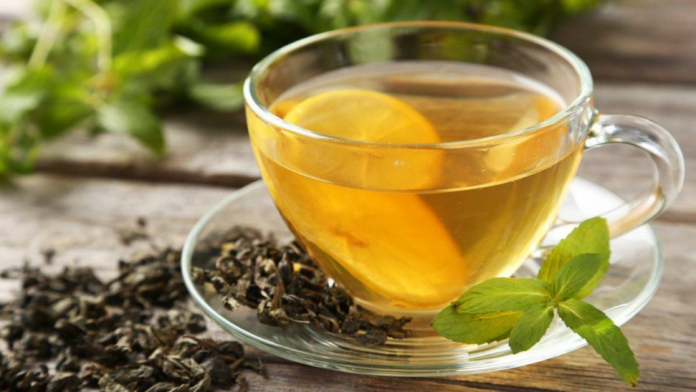 Perhaps you are on a diet or are sick. Green tea will be your biggest helper. Although green tea is widely used in our country, it brings much more benefits to our health than a diet. If you want, let’s move on to our list of benefits of green tea without further ado.

The benefits of green tea:

Contains biologically active compounds
It has a good effect on brain function
Increases fat burning
This further reduces the risk of cancer
Prevents problems that may occur in the brain with age
Can reduce bad breath
Helps prevent diabetes
You can take precautions against cardiovascular diseases
In a nutshell: helps you live longer

These antioxidants prevent the appearance of free radicals in the body and protect cells and molecules from possible damage. If not prevented, free radicals in your body cause many diseases and make you sick more often. Epigallocatechin is one of the most powerful compounds known today in green tea. Green tea contains few minerals that are useful for the body.

It has a good effect on brain function

Another advantage of green tea is that it improves brain function. Green tea contains a small amount of caffeine, although not as much as coffee. The caffeine in green tea helps you focus by strengthening brain function thanks to the adenosine it contains.

As you know, although excessive caffeine consumption is a risky situation, it is known that caffeine actually improves mood, alertness, reaction time and memory. Green tea contains amino acids that can overcome the blood-brain barrier, as well as caffeine to improve brain function. These amino acids additionally increase dopamine and the interaction of alpha waves in the brain. As a result of the combination of caffeine and the amino acid L-theanine, something like superpowers arise and brain functions work much faster.

Let’s approach, perhaps, one of the most popular reasons for green tea. Especially dieters often prefer green tea. Green tea increases the metabolic rate. According to research, the fat-burning function of green tea does not work for everyone. It depends mainly on the diet and sports program that you have set up. So, if you are trying to lose weight by eating only green tea, this may be the wrong impression.

As we said above, green tea contains caffeine. Caffeine not only activates brain functions, but also activates adipose tissue and fatty acids. Your body converts activated tissues and acids into energy, and there is a noticeable increase in your physical performance. It also plays a role in your weight loss.

This further reduces the risk of cancer

As we said in the first article, the antioxidants in green tea further reduce the risk of cancer. Cancer is the result of cells in our body getting out of control and continuing to grow. Cancer is very common in the world, and most of the deaths are cancer-related.

Let’s now move on to the benefits of green tea from this side. Thanks to the antioxidants contained in it, green tea prevents the occurrence of critical problems such as inflammation, chronic diseases and cancer.

Prevents problems that may occur in the brain with age

With age, some problems may arise in the body. In particular, brain diseases are much more important than other diseases. If you consume green tea, your brain health will improve more regularly and positively as you get older. This tea, which plays an important role in preventing Alzheimer’s disease, especially in the elderly, also plays an important role in preventing Parkinson’s disease.

As a result of research on green tea, it was found that this herbal tea can reduce insulin sensitivity. When we look at the test conducted in Japan, it was noticed that the risk of diabetes decreased by 42% in people who often consumed green tea.

You can take precautions against cardiovascular diseases

If we need to give examples of cardiovascular diseases, then we can talk about strokes and heart diseases. Especially heart disease is at the top of the risk of death, at least to the same extent as cancer. Let’s approach the effect of green tea from this side. This tea controls the level of cholesterol and LDL cholesterol in the body and prevents the occurrence of such critical diseases. In addition, tea contains antioxidants that protect against oxidation, which play an important role in the development of heart diseases.

In a nutshell: helps you live longer

Green tea has a beneficial effect on such important points as the brain, heart, cholesterol levels, and if you combine all of the above substances, it allows you to live longer. It has been found that people who drink at least 1 glass of green tea a day live much longer than other people.

We have answered the question, what is the benefit of green tea for you. Even with frequent use of green tea, especially for dietary purposes, it brings a lot of benefits to the body. In particular, we can recommend you to consume green tea, which benefits our organs with critical functions in our body, even if not more. Do you guys drink green tea? If you use it, don’t forget to share its benefits in the comments.

New images of heartbreaking Russia from plane crash in Russia where...