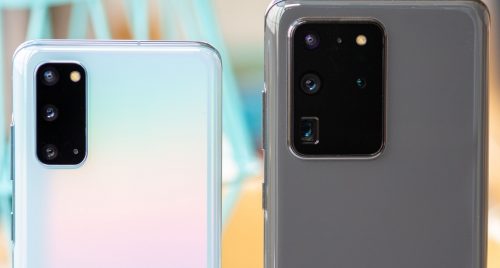 A film crew named Christou Visuals tested the 8K video capture quality of the camera of Samsung’s new phone Galaxy S20 +. The team that goes to the north of Norway and shoots 8K here clearly shows what the Galaxy S20 + has to offer.

The new flagship family Galaxy S20, announced by South Korean technology giant Samsung on February 11, came to the fore with the most camera features. All members of the series have extremely advanced camera hardware, but as the model gets higher, the phones in question especially increase the zoom capacity and the Galaxy S20 Ultra reaches 100x zoom.

One of the most impressive features on Samsung’s new flagship phones is that they can shoot 8K video. This impressive feature was also an issue that many consumers were curious about, and now we have content on what the Galaxy S20 + ‘s 8K video footage can offer. The images that we will share with you shortly reveal that Samsung offers a unique video shooting opportunity with the Galaxy S20.

8K images taken with Samsung’s Galaxy S20 + model come from a shooting team called “Christou Visuals”. Team members went to the Lofoten archipelago, north of Norway, to show what the Galaxy S20 + has to offer. The Lotofen archipelago, located in the Arctic Circle, is one of the northernmost regions in the world and has a unique geography.

Christou Visuals team did not use any additional applications to get the images that we will share with you shortly. The images were taken directly from the Galaxy S20 +’s Camera app, and the team used a gimbal only in some areas. The team supported the image fixed by gimbal with Samsung’s Super Fixed Video mode. The resulting images make an already unique geography even more impressive.

The video you just watched clearly demonstrates how good the Galaxy S20 + ‘s camera offers. However, it should be clearly stated that the previous video will not be watched as 8K by anybody. Because for now, the number of video tools capable of 8K playback is almost nonexistent, and many users still use FHD resolution displays.