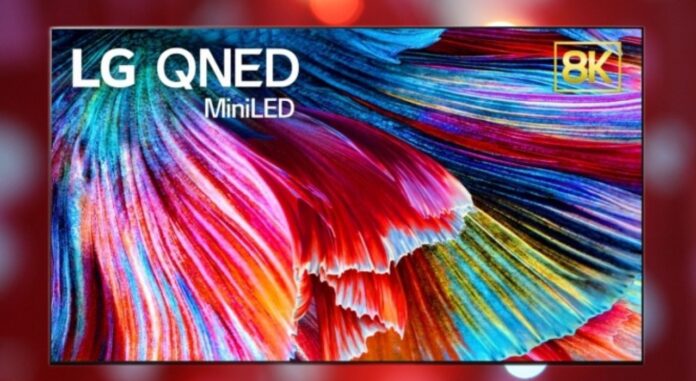 Millions of people who started to use televisions at home more in 2020 are following new television technologies with excitement. LG, one of the first names that come to mind when it comes to TV, has some plans for 2021. These plans include an 8K QNED TV. What do we know about 8K QNED TV by LG?

As you know, LG focuses on OLED TV technology, but it still seems to be working on some TVs with LCD panels. This move of LG, which is revealed to be releasing a new TV series with Mini LED technology in 2021, will be positioned under the name of QNED.

Competing with LG on the TV side, Samsung does not yet have a TV with Mini LED technology. TCL also introduced similar technology with a new model it recently released. Now, LG’s QNED series TV will come in ten models with 4K and 8K resolution and varying sizes up to 86 inches.

Mini LED technology, on the other hand, has a technology that is different from edge lighting or backlighting seen in traditional TVs and can provide better lighting. These LG signed TVs are expected to appear at the virtual CES 2021 event. We will see the 86-inch version of the TV, which will be exhibited on January 11, with over 30 thousand LED light illumination. We do not have any information about the selling price of the television, but it is not difficult to predict that it will come at a very high price.

The tool that allows you to organize virtual movie nights with...