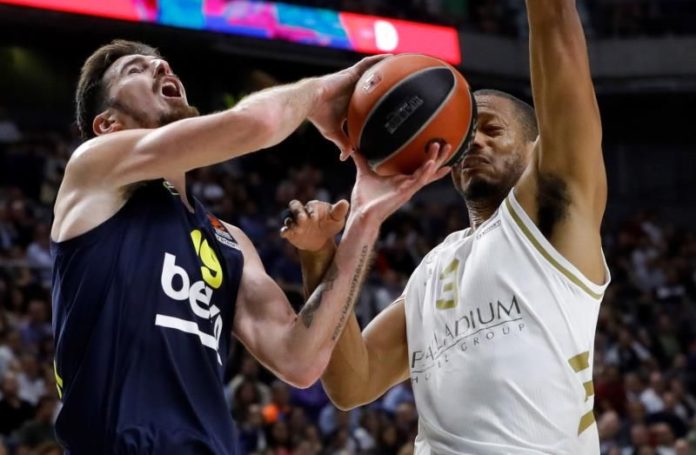 An excellent Nando De Colo, author of 39 points, shattered Kirolbet Baskonia on Thursday, who could not stop the French escort and lost to Fenerbahce Beko 87-80, on the third day of the Euroleague.

The Frenchman was the master and lord of a duel in which he marked his personal historical ceilings in the competition and reached 44 valuation points to lead the Turkish team that won its first victory in the continental competition.

The Vitorians endured the Turks for a little more than 30 minutes, but succumbed in the last quarter despite playing a serious game in several phases in which men like Shavon Shields, with 17 points, Tornike Shengelia, stood out with 23 valuation points and Pierrià Henry, author of 15 points.

Baskonia began loading the game in the paint and contained the offensive game of a Fenerbahce who left his most important men on the bench, while Velimir Perasovic surprised to include Canadian Nik Stauskas in the initial five, when it was serious doubt for this meeting .

Georgian “Toko” Shengelia punished Derrick Williams with a very aggressive face game and the Catalans achieved the first advantages with an 8-13 (min. 6).

The entrance to Nando De Colo’s track gave oxygen to the Turkish team with 10 points in this period to keep his team in a first act that closed with a draw at 22.

The Fenerbahce tried to punish the physical difference of the Serbian Nikola Kalinic over the Argentine Luca Vildoza, but seven points of the Italian Achille Polonara made the Baskonia recover a minimal advantage despite the offensive problems they had, where they could not find Youssoupha Fall in the painting.

However, the errors in the launch of the Ottomans gave more chances to the Vitorians who suffered to close the defensive rebound, which offered more shots to his rival.

De Colo, with 22 points in the first half, returned to the rescue of his team with points and generation of several plays, but faced a successful Shavon Shields who with 13 points at the break was key for Baskonia to tighten the duel after the first 20 minutes, 39-36.

Two triples of “Toko” Shengelia and Pierrià Henry opened the third act, but they found a Fenerbahce with the clearest ideas and to which more players joined a great Nando De Colo who continued to punish the Baskonists to put a complicated 57 -49 (min. 27).

But Baskonia did not wrinkle and managed to return to the game with a 63-58 to face the last quarter in which he was forced to be more successful, especially from the outside line where only Shavon Shields appeared.

A partial 0-4 start was halted dry with two Turkish triples and Baskonia was forced again to paddle against the current.

Those of Velimir Perasovic, with Shengelia on the bench due to personal fouls, managed to remain calm and stalk their opponent, 69-65, but in a blink of an eye those of Obradovic approached the victory with a 79-68.

Incidents: Match corresponding to the third day of the Euroleague played at the Ulker Sports and Event Hall in Turkey before 10,201 spectators.