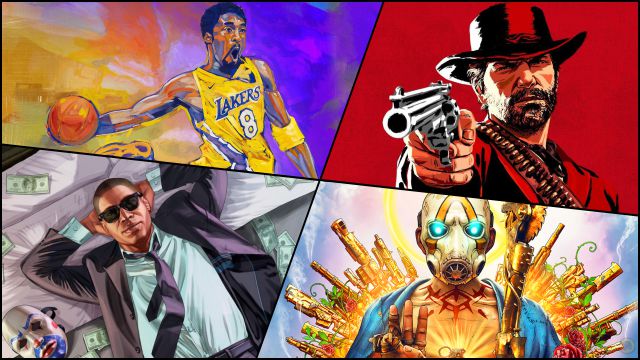 The publisher responsible for Rockstar and 2K Games closes the year 2020 with results in line with its forecasts. Income goes down, profits go up.

Take-Two Interactive has published its corresponding financial report for the last quarter of 2020 (Q3 / 2021), the third quarter of this fiscal year. The North American company, responsible for Rockstar Games and 2K Games, has reported in the period that includes the months of October and December 2020 a revenue of 860.9 million dollars, a decrease of 7.5% compared to the previous period ; but experiencing 12% YoY growth in earnings thanks to the long-running performance of its flagship titles, especially GTA 5.

Take-Two makes a positive assessment of these results. As interpreted by GamesIndustry, it is logical that gross income has dropped as no major video games have been published this year in the last quarter of the year; there has not been a Borderlands 3, for example, nor a premiere of the size of Red Dead Redemption 2. However, the North American publisher has not needed large launches or massive investments in marketing, since its main source of income continues to be the channel digital.

We are talking about 85% of sales (782.5 million dollars) through this type of distribution, which includes both the direct sale of video games in digital stores and recurring sales, which includes microtransactions, season passes, virtual currencies or additional content (expansions, aesthetic content) of your video games. Of the $ 860.9 million, 62% came from recurring sales.

The financial report also updates the total sales of the main premieres of the company in recent years. Starting with Grand Theft Auto V, a veteran with seven years behind him, reaches 140 million units (5 million more than the previous quarter); for its part, Borderlands 3 reaches 12 million units; Red Dead Redemption 2 continues to add up and stands at 36 million copies sold; finally, NBA 2K21 exceeds 8 million units.

Take-Two Interactive expects that the second expansion of The Outer Worlds, Murder on Eridanos, will arrive before the end of this fiscal year (March 31, 2021), while GTA 5 for PS5 and Xbox Series is scheduled for the next fiscal year. , the period from April 2021 to March 31, 2022.

Crypto Market is on the Verge of Disaster!